8 April 2022 – More than $5 billion has been pledged by twenty-nine countries for the Global Environment Facility (GEF), providing a major boost to international efforts to protect biodiversity and curb threats from climate change, plastics, and toxic chemicals through collaboration action this decade.

Announced today, the support totals $5.25 billion and increases the GEF’s funding by nearly 30 per cent compared to its most recent four-year operating cycle.

The GEF is the primary source of financing for biodiversity protection globally and is the only multilateral fund working across all aspects of environmental health.

“These pledges are critically important for the successful implementation of the new post-2020 global biodiversity framework,” said Elizabeth Maruma Mrema, Executive Secretary, Convention on Biological Diversity. “This strong replenishment of the GEF, with the substantial share of it for biodiversity protection, shows the global commitment to the transformative change needed to bend the curve on biodiversity loss. Matched by early action grants provided by the GEF in its seventh funding period, lays the groundwork for protecting biodiversity, using it sustainably, and sharing the benefits with equity.”

Biodiversity protection represents the biggest share of the GEF’s eighth programming period, known as GEF-8, which will run from July 2022 to June 2026. This support will be vital to the achievement of the biodiversity agenda, including implementation of the new post-2020 global biodiversity framework, expected to be agreed at the UN Biodiversity Conference (COP-15) later this year in Kunming China.

The Convention on Biological Diversity recently held its first in-person meetings in two years. Following 15 days of negotiation in Geneva, world governments produced a strong basis for a post 2020 framework to safeguard the health of the planet. Governments agreed to hold a fourth meeting of the open-ended working group tasked with developing the post-2020 framework in June, prior to the adoption of the framework in Kunming.

About the Convention on Biological Diversity (CBD) Opened for signature in 1992 at the Earth Summit in Rio de Janeiro, and entering into force in December 1993, the CBD is an international treaty for the conservation of biodiversity, the sustainable use of the components of biodiversity and the equitable sharing of the benefits derived from the use of genetic resources. With 196 Parties, the CBD has near universal participation among countries. The CBD seeks to address all threats to biodiversity and ecosystem services, including threats from climate change, through scientific assessments, the development of tools, incentives and processes, the transfer of technologies and good practices and the full and active involvement of relevant stakeholders including indigenous peoples and local communities, youth, women, NGOs, sub-national actors and the business community. The Cartagena Protocol on Biosafety and the Nagoya Protocol on Access and Benefit-Sharing are supplementary agreements to the CBD. The Cartagena Protocol, which entered into force 11 September 2003, seeks to protect biodiversity from the potential risks posed by living modified organisms resulting from modern biotechnology. To date, 173 Parties have ratified the Cartagena Protocol. The Nagoya Protocol aims at sharing the benefits arising from the utilization of genetic resources in a fair and equitable way, including by appropriate access to genetic resources and by appropriate transfer of relevant technologies. Entering into force 12 October 2014, it has been ratified by 136 Parties. 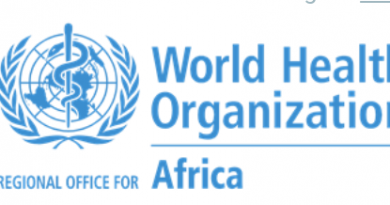 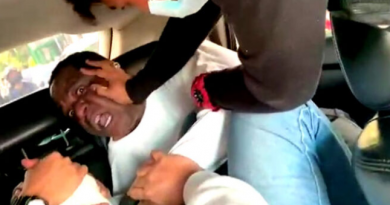 AFRPN CONDEMNS UNCIVILISED TREATMENT OF A NIGERIAN DIPLOMAT IN INDONESIA 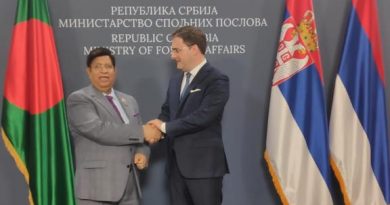 Bangladesh FM meets Serbian Foreign, Trade Minister and Labour Minister on the sidelines of the NAM meeting in Belgrade