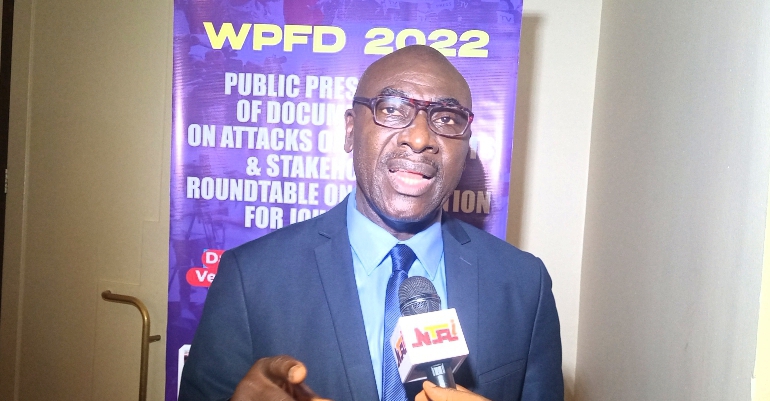 In commemoration of of the World Press Freedom Day 2022 themed: “Journalists Under Digital Siege”, the International Press Centre (IPC), at Abuja on Wednesday launched and presented to the public documentaries on attacks on Journalists and other media professionals during the COVID-19 lockdown and #EndSARS protest.

In his remarks, the Executive Director of the International Press Centre (IPC), Mr Lanre Arogundade observed that Nigeria’s rating in the World Press Freedom Index (WPFI), has continued to  dwindle  with the country occupying an unenviable position of 120 in the year 2021 because of attacks on the lives of journalists.

He said such has been the case that in the documentation of attacks on journalists and media outlets during the Covid-19 lockdown and the #EndSars protests by youths in the year 2020.

The IPC Executive Director noted that while interacting with some of the journalists assaulted during the Covid-19 lockdown and #EndSars it was discovered that statistics alone cannot tell the full stories of their ordeal including the immediate and later effects on their physical and mental well being.

According to him, the discovery made IPC to conclude that it need to document the experiences of these journalists and other media professionals for the purpose of capturing in greater detail what really transpired and sensitise relevant stakeholders on the need to put a halt to such unwelcome trends.

“While interacting with some of the journalists assaulted during the Covid-19 lockdown and #EndSars, however, we discovered that statistics alone cannot tell the full stories of their ordeal including the immediate and later effects on their physical and mental well being. Neither did the figures tell the full story of their losses”, he lamented.

Mr. Arogundade opined that the other dimension has to do with the lack of protection for journalists when by the nature of their professional calling, they become front liners during moments of national crisis or public emergency.

He also noted that, journalists and other media professionals also do so because they need to gather information which the government can rely upon to make desired interventions to resolve the crisis or bring the emergency under control

He appreciated and commended the bravery of the attacked Journalists in going to what he likened to the war fronts, to bring information to the people, while expressing the hopes that by speaking out loudly and boldly, the journalists would be able to get the desired justice.

Speaking, Dr. Kole Shettima, Director, MacArthur Foundation, noted that without a functional and independent media, there cannot be a functional democracy, adding also that media independence is important so that they can push for truth.

While explaining that supporting investigative journalism is very critical in MacArthur Foundation, he called on the media to think up proactive ways to make technology a part of what they do.

Also speaking, the NUJ President, Mr. Chris Isiguzo  noted that the environment Nigerian Journalists operate in is not so friendly and advised the public and securiry operatives to see journalists as partners in progress and not rivals

In his remarks, the Representative of the Nigerian Police Force, Chief Superintendent of Police (CSP) AI-Mustapha Sani, said the Police see Journalists as ‘their best friend’, adding that there is need for more professionalism to interact with one another.

He urged journalists to play their part in educating the citizens, so as to ensure that more genuine candidates join the police to ensure proper protection for all.

In an interactive session with the attacked Journalists titled, ‘the justice they want’, some of the Journalists who featured in the two documentaries called on security agencies to reorient their personnel to know that journalists are also doing their jobs; appealed that measures should be in place for journalists to protect their own, and called for enlightenment of the society on the role of the media so that they can stretch out a kind of protection towards them during time of crisis. 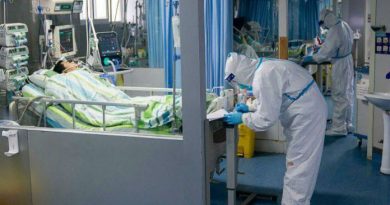 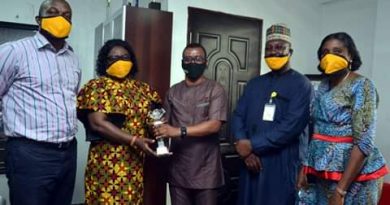