Biodiversity COP15, chaired by China, will conclude in Montreal Dec. 5 to 17 with expected approval of Landmark Global Agreement with date, venue confirmed as nations convene in Nairobi to continue work on final text of Global Biodiversity Framework to safeguard nature.

With China in the Chair as President, the 15th Conference of Parties to the UN Convention on Biological Diversity will reconvene Dec. 5 to 17 in Montreal, Canada, where a new world agreement to safeguard nature is expected to be adopted.

The decision was confirmed at a meeting of the Bureau of the CBD on Tuesday and announced as Parties to the CBD convene in Nairobi (June 21-26) to advance negotiations on an ambitious Global Biodiversity Framework that will set the world on a path to bend the curve on nature loss.

“I thank the Government of Canada, as the host of the Secretariat, for providing a venue in Montreal for this crucial meeting” said Elizabeth Maruma Mrema, Executive Secretary of the Convention on Biological Diversity. “I want to thank the Government of China for their flexibility and continued commitment to advancing our path towards an ambitious post 2020 global biodiversity framework. I look forward, with the support of all Parties, to successful outcomes of COP15.”

Originally planned for Kunming, China in 2020, COP15 was postponed due to the global COVID-19 pandemic and later split into a two-part event. Part 1 was successfully held in Kunming last October. Chinese President XI Jinping and other State leaders from eight Parties as well as the UN Secretary General made online presentations and speeches, reinforcing their commitment to address the biodiversity crisis. The Chinese Government, Yunnan province and the city of Kunming have been working continuously to ensure a successful COP15.

COP15 part 1 was also highlighted by the Kunming Declaration and President Xi Jinping’s announcement that China would take the lead to invest RMB 1.5 billion to establish the Kunming Biodiversity Fund, providing strong political impetus to global biodiversity governance and a solid foundation for the second part of COP 15.

COP 15 President, Minister Huang Runqiu, noted that “China would like to emphasize its continued strong commitment, as COP President, to work with all Parties and stakeholders to ensure the success of the second part of COP 15, including the adoption of an effective Post-2020 Global Biodiversity Framework, and to promote its delivery throughout its Presidency.”

“It is with great pride that I can confirm Canada will welcome the world to Montreal in December 2022 for COP15. There is an urgent need for international partners to halt and reverse the alarming loss of biodiversity worldwide. With up to one million species currently at risk of extinction worldwide, the world cannot afford to wait any longer for global action on nature protection. Canada will continue to advocate for international collaboration on an ambitious Post-2020 Global Biodiversity Framework” said the Honourable Steven Guilbeault Minister of Environment and Climate Change.

At Nairobi’s six-day 4th round of negotiations, delegates will continue progress on the GBF, building on the strong work undertaken in Geneva in March.

● Work towards finalization of the GBF text for COP15, setting out the ambition of Parties with respect to outcome goals and related action targets, towards the 2050 vision of “living in harmony with nature”. These include targets related conservation, sustainable use and benefit-sharing, as well as addressing drivers of biodiversity loss subsidies and finance

● Strengthening the role of Indigenous peoples, local communities, youth and women and other stakeholders

● Setting the framework for resource mobilization and other means of implementation

● Charting the pathway to an agreement on the sharing of benefits from Digital Sequencing Information on genetic resources.

The co-chairs of the negotiations, Francis Ogwal​of Uganda and Basille ​van Havre of Canada, expressed confidence that “delegations will come with a mandate for compromise and consensus that will enable them to work through differences in a constructive way.” 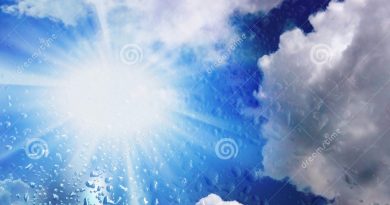 NiMet Predicts Sunshine And Thunderstorms Across The Country. 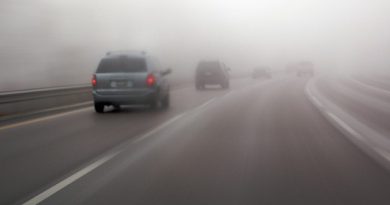