The Attorney General of the federation and justice Minister Abubakar Malami (SAN) has said the Federal Government has made giant stride in the recovering of looted funds.

He said the government was working with anti – graft agencies, such as Independent Corrupt Practice and Related Offences commission (I C P C) as well as Economic and Financial Crimes Commission (EFCC) to ensure that such looted funds are recovered and returned to the country.

But the Minister did not say how much the government had recovered so far and where the money was being kept.

Malami spoke yesterday when he appeared before the House Committee on justice for his ministry’s 2022 budget defence.

The Chairman of the house Committee on justice, Ugonna Ozurigbo, did not allow the minister to respond to questions from fellow lawmakers on how much had been recovered, among other issues they raised.

Malami spoke about some constraints the ministry faced in accomplishing it’s constitutional tasks.

In the Circumstances, “he said,” we need to reconcepualise the existing funding pattern of the justice sector”.

Mallami added: “… The ministry was mandated to embark on the recovery of looted assets and we have recorded appreciatiable mile stone in his regard as funds recovered are promptly deposited into government treasury, thereby increasing the revenue profile of the government.

Finance our recovery operations. To date, There are large sum of illicit money stashed abroad for which we are working at close quarters with the ICPC and the EFCC as dependable allies to effect recovery…..”

Also, Malami said the Federal Government has embarked NI.I billion in the 2022 budget of the ministry of justice to probe nine contracts who allegedly breached due process under previous administrations.

The erring contractor are said to be linked with transaction between process and industrial Development ( P & I D) limited and some Nigeria business interests.

The money is for financing of the activities of a panel that would investigate the controversial company and its accomplies in the country.

Malami said this yesterday while defending the ministry’s 2022 budget before the Senate Committee on judiciary, Human Rights and legal matters in Abuja.

The AGF regretted that the P&ID contract that was signed without the due process and procedures has the capacity to make Nigeria lose $10 billion.

In 2017, a United kingdom (uk) tribunal awarded p&ID & 6.6 billion as damages against the Nigerian.

The amount increased to about $2.3 billion in accomulated interest, at the rate of seven Percent per annum, following Federal Government’s refusal to enter an appeal for over five years.

Malami said a task to investigate the anomaly will spend N 1.1 billion in 2022 to carry out a holistic probe of the nine other contracts who signed against the interest of the country under previous administrations.

He said: ” It is the task force that is intended to review the existing problematic contracts that have the capacity to undermine the economy in line with the P & I D contract; a kind of lesson and experience”.

In the office of the Attorney General of the federation, there exist two fundamental department relating to getting of contracts. ” The Solicitor Department is charged with vetting any government contract and they have lived up to expectations over times.

But the major problem with P & I D is that the contract was never allowed to pass through the office of the Attorney General of the federation for Vetting. 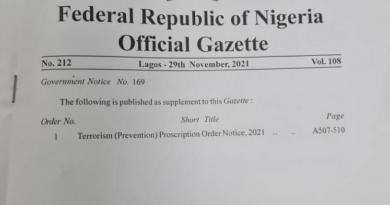 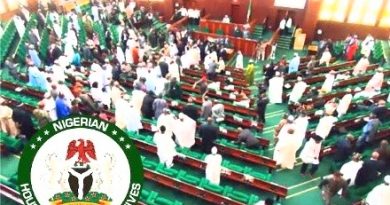 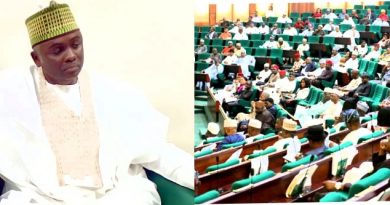