The Champions of the Earth award is the UN’s highest environmental honour, annually recognizing outstanding leaders from government, civil society and the private sector

The Champions of the Earth inspire, defend, mobilize and act to tackle the greatest environmental challenges of our time.

This year’s awards recognise laureates in the categories of Lifetime Achievement, Inspiration and Action, Policy Leadership, Entrepreneurial Vision and Science and Innovation.

The UN Environment Programme (UNEP), today announced six laureates of the 2020 Champions of the Earth award, the UN’s highest environmental honour. The Champions were chosen for their transformative impact on the environment and their leadership in urging bold and decisive action on behalf of the planet and its inhabitants.

Since its inception in 2005, the annual Champions of the Earth award has brought visibility and validation to some of the world’s most dynamic environmental leaders, from pioneering scientists and captains of industry to heads of state and community activists. The awards celebrate inspirational and motivational examples of the potential of individual and collective action to change the world.

Congratulating this year’s laureates, UN Secretary-General António Guterres said: “In the middle of a global pandemic, with societies struggling, economies stretched to their limits and an escalating biodiversity and climate crisis, we need to act boldly and urgently to repair our relationship with nature and take the path of sustainable development. Each year, the United Nations honours these environmental champions for their leadership and vision. Their efforts confront the triple planetary crisis of climate change, biodiversity loss and pollution.”

“This year’s Champions of the Earth have dug their heels in, faced down adversity and taken on the immense challenge of working to protect and restore our environment,” said UNEP’s Executive Director Inger Andersen. “They not only inspire us, they also remind us that we have in our hands the solutions, the knowledge and the technology to limit climate change and avoid ecological collapse. It is time for us all to act for nature.”

The 2020 Champions of the Earth in alphabetical order are:

Prime Minister Frank Bainimarama of Fiji, honoured in the Policy Leadership category for his global climate action work and his commitment to climate-responsive national development.

Dr. Fabian Leendertz (Germany), honoured in the Science and Innovation category for his discoveries in zoonotics and his work in One Health.

Mindy Lubber (USA), recognized in the Entrepreneurial Vision category for her commitment to turning capital markets green by mobilizing top investors and companies and making the business case for climate action and sustainability.

Nemonte Nenquimo (Ecuador), awarded in the Inspiration and Action category for her leadership and unifying work with indigenous communities that halted drilling in Ecuador’s Amazon rainforest.

Yacouba Sawadogo (Burkina Faso), also honoured in the Inspiration and Action category for teaching farmers his traditional nature-based solution to regenerate their soil and turn barren land into arable land and forest across Africa.

This year’s champions are joined by Professor Robert D. Bullard (USA) who was awarded the Champion of the Earth Lifetime Achievement award for his commitment and service to environmental justice.

By amplifying news of the significant work being done on the environmental frontlines, the Champions of the Earth awards aim to inspire and motivate more people to act for nature. Due to the COVID-19 pandemic, the Champions were announced online, on the cusp of the UN Decade on Ecosystem.

Restoration, which starts in early 2021. The awards are part of UNEP’s #ForNature campaign to rally momentum for the UN Biodiversity Conference (COP 15) in Kunming in May 2021, and catalyze climate action all the way to the UN Climate Change Conference (COP26) in Glasgow in November 2021. 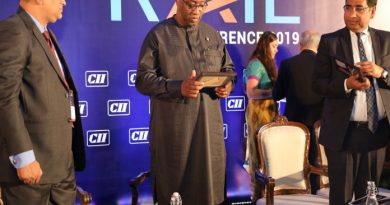 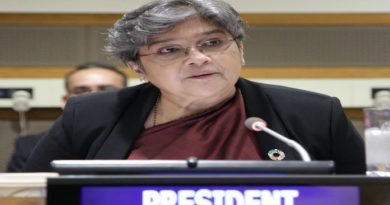 Bangladesh elected as President of UNICEF Executive Board 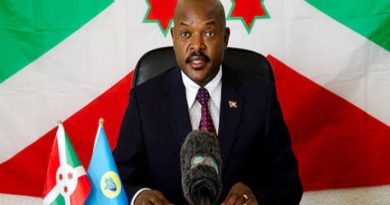