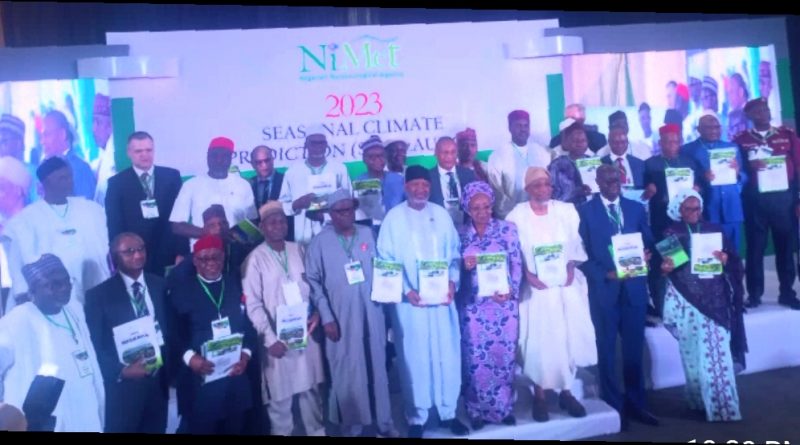 The Nigerian Meteorological Agency (NiMet), has presented its 2023 Seasonal Climate (rainfall and temperature) Prediction to guide farmers and necessary stakeholders on the commencement of the farming season.

Speaking during the Seasonal Climate Prediction (SCP) with the theme: Strengthening Climate
Risk Early Warning Services for Improved Food Security
and Disaster Risk Reduction in Nigeria” in International Conference Centre Abuja, the Honourable Minister of Aviation, Senator Hadi Sirika, said rainfall for the 2023 planting season would be returning on the 2nd of March in some parts of the country and rainfall onset date is predicted to be earlier than the long-term average in most parts of the country.
“However, parts of Katsina, Zamfara, Kano, Jigawa, and Yobe in the north and Cross River, Ebonyi, Imo, and Rivers in the south are likely to experience a delayed onset.”

Sirika explained that “the Onset is expected to become established in early March from the coastal states of Bayelsa, Rivers, and Akwa Ibom; in April for the Inland States of the South; in May around the Central States and around July in the northern States. The onset dates will range from 2nd March to 7th July 2023.

“An early End of Season (EoS) is predicted over parts of the South especially in Osun, Ondo, Edo, Delta, Imo, Bayelsa, Rivers, Akwa Ibom, and eastern parts of Ogun and Lagos and parts of Yobe, Adamawa, Niger, Nasarawa and Kogi, he added

However, an extended rainfall season is predicted over parts of Gombe, Kaduna, Kwara, Enugu, Anambra, western Ogun, and Lagos. The End of Season period is expected to range from the 26th of September till the 25th of December.
“The length of the growing season in most places in the country is likely to be near the long-term average, except for some parts of the northern states such as Katsina, Jigawa, and Kano where shorter than the long-term average length of the growing season is anticipated. The season is expected to range from 84 to 283 days. Abuja and surrounding States are expected to witness between 170 and 230 days. 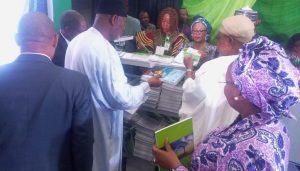 “In 2023, we should also prepare for the occurrence of dry spell between June and early July as a dry spell lasting between 15 to 21 days is in the forecast, especially from the central parts of the country to the North.”

He added that other forecasts such as the temperature for the first 5 months of the year, Malaria and meningitis forecast along with the socio-economic implications of these forecasts are contained in explicit details in the documents

Hadi Sarika further stated that “as weather is dynamic so is the climate (i.e., Climate variability). Hence, I assure you that the Nigerian Meteorological Agency will ensure everything is done to bring updates to you should there be changes in any of the expected climatic parameters

Hadi commended the management and staff of NiMet for continuously improving the quality of services, sustaining the momentum of timely presentation of SCP within the first quarter of the year and, of course, the innovation of the downscaling activities.

Speaking earlier in his welcome address, the Permanent Secretary Federal Ministry of Aviation, Dr. Emmanuel C. Meribole expressed that the impact of climate variability and change has continued to threaten livelihoods, infrastructure and socio-economic growth across different Nations of the world including Nigeria. This is exacerbated by the steady rise in global temperatures and increases in concentrations of greenhouse gases such as Carbon dioxide, Methane and Nitrous oxide in 2022 which have continued to warm our climate (WMO 2022). This has resulted into increased incidences of extreme weather events such as flooding, drought, wild-fires, sea level rise, etc across the world.

Making reference to past incident he said
“Hitherto, 2012 flood was considered as unprecedented in Nigeria, but in 2022 a new record of the worst flood in Nigeria history was experienced which destroyed over 569,000 Hectares of farm land, caused over 600 deaths and displaced over 1.3 million persons in 34 out of the 36 states of the Federation. The rainfall amount in 2022 was generally above-normal in the country, particularly in the North. The total annual rainfall amount was observed to be higher in 2022 than 2012 in the North with instances in Sokoto and Borno States where the total annual rainfall amount was more than twice the 1991-2020 climatological values. One of the effective ways of mitigating against the negative impact of flood events is the availability of Early Warnings.”

“As you all may have known, the Nigerian Meteorological Agency (NiMet) is one of the Parastatals under the Federal Ministry of Aviation, that is charged with the responsibility to advise the Federal Government on all aspects of meteorology; project, prepare and interpret government policy in the field of meteorology; and to issue weather and climate forecasts for the safe operation of aircrafts, ocean going vessels & oil rigs, and other socioeconomic sectors, including disaster risk reduction. The Agency observes, collates, collects, processes, and disseminates all meteorological data and information within and outside the country. NiMet services cut across Agriculture, Aviation, Building and Construction, Defence, Disaster Risk Reduction & Management, Education, Health, Finance & Insurance, Marine & Maritime, Oil & Gas, Power & Energy, Telecommunications, among others, in support of sustainable socio-economic activities in Nigeria. He said

Meribole reiterated that the relevance and critical importance of the products and services emanating from NiMet cannot be over emphasised. Over the years, nation building and sustainable development are closely linked to the vagaries of weather and climate including how well nations take the advantage of the weather and climate information available to them. The level of response by people and critical actors in the weather and climate value-chain is key to maximising the benefit of Early Warnings to reduce risks and impacts of weather-related disasters. Weather-related hazards have become a global challenge, in the face of a changing climate, population growth and increasing socio-economic activities.

“The Seasonal Climate Prediction is one of NiMet’s flagship products, an invaluable Early Warning tool that has provided Stakeholders with relevant Climate Smart knowledge and information that will help reduce the risk of weather and climate change impacts in various weather-sensitive sectors of the economy and maximise the opportunities provided by the information contained in the product. It has also helped increase and improve the level of preparedness by Federal and State Emergency Management Agencies, complement the flood prediction by Nigeria Hydrological Services Agency (NIHSA), and served as an advisory tool for many stakeholders at the Federal, State and Local, said the Permanent Secretary

In his vote of thanks, the Director General of NiMet, Prof. Mansur Bako Matazu called on stakeholders to follow up with the Agency for more updates.

“With the NiMet new Act of 2022, we are optimistic of effective collaborations
going forward. Thanks to Mr President and the Lawmakers for making this a reality.” Said DG NiMet

While appreciating everyone, Matazu therefore called on all to embrace Early
Action and follow Nimet for in-season updates to curtail predicted situations as disclosed by the SCP. 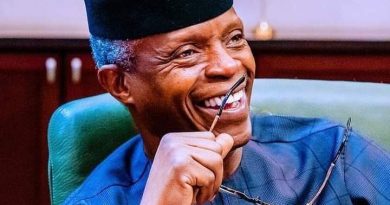 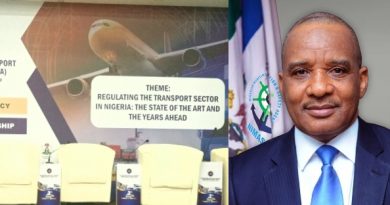