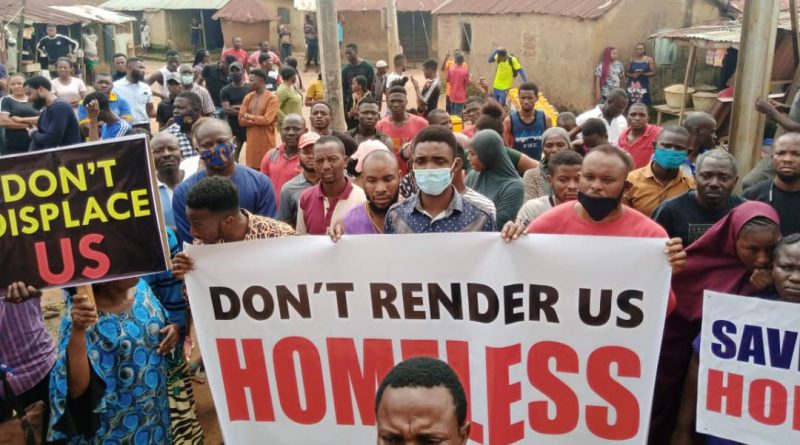 Gishiri village, situated at Katampe District, Cadastral Zone B07 Abuja is currently harbouring over four thousand residents, whose hope of existence remain fluke due to the planned demolition by FCDA having given them notice in September.

The residents of Gishiri in a suit, filed against the FCDA and the FCT minister had urged the court to restrain the respondents from embarking on the demolition billed to commence on October 16th, 2020.

In the suit, Mr. Ayodele Ariyo on behalf of the residents prayed the court to issue an order stopping FCDA and the FCT minister from carrying out the demolition, pending the final determination of the case.

“Claimants/Applicants have filed a substantive suit before the FCT High Court with Suit No: CV/2784/2020 challenging the propriety and/or legality of the proposed demolition of Gishiri Village at such a time like this.

“That there is an urgent need for the court to grant this application so as to preserve the area pending the determination of the substantive suit,” he said.

However, in his ruling, Justice Afen ruled that the claimants had not shown the existence of a right which must be protected, adding that nobody have right over land in FCT according to the Constitution of Nigeria that established FCT.

The court hereby adjourned the case to Thursday November 12th, 2020 for definite hearing of the case.

In his remark, the secretary of the group said that the demolition of Gishiri Village will cause untold hardship to the occupants that are already suffering from economic crisis caused by the Corona virus pandemic. Adding that applicants will suffer unmitigated and irreparable damages if this application was not granted.

It was also gather that the ‘Defendants/Respondents’, Federal Capital Territory Administration, Abuja Metropolitan Management Council; FCDA; Minister of FCT and the Local Government Chairman of Abuja Municipal Area Council, were all absent during the judgement.

It could recalled that the affected residents had earlier sent a distressed appeal to the Minister of Federal Capital Territory (FCT), Mohammed Bello for his timely intervention against imminent demolition of their village.

The appeal was based on notice of demolition dated September 25th, 2020 and issued by the Abuja Metropolitan Management Council and marked for demolition by the Department of Development Control (an agency of the Federal Capital Territory Administration).

In the appeal statement signed by Barr. Tom Alphonus, Temple Solicitors and Advocates, representing occupiers and owners of structures within Gishiri village urged the minister to use his good office to intervene against the proposed demolition on behalf of these families.

He stated that Gishiri village has served as residence to over 4,000 law abiding Nigerian families who have coexisted peacefully for years, but now living in gripping fear and panic as a result of the present threat of demolition.

The appeal stated: “We passionately appeal to your good office for intervention against the impending demolition and forward the following sincere concerns for your consideration.

“Gishiri village is recognized and accepted by the government of Nigeria and government of the Federal Capital Territory as a settlement for a vast population of law abiding citizens of Nigeria.

“The government has helped provide sustainable services like electricity, pipe borne water, a police station, a primary health center, a primary school and most recently a public convenience for use by the people.

“The period of 21 days indicated in the said notice of demolition is in our view unlawful, unconscionable, immoral, inconsiderate and highly unrealistic if not impossible for over 4,000 Nigerian families with no form of compensation or other alternative accommodation to vacate the area.

“Hence, we implore your good office on behalf of these families to intervene against the proposed demolition.

“While we are aware of the overriding powers of the relevant authorities under the law over lands such as the one under in issue, we appeal to the government and all persons in positions of authority to observe and follow due process of the law,” the statement said.

Furthermore, he noted that they were all witnesses to the economic downturn occasioned by the global pandemic (COVID-19). “It is worthy of note that about 99% of occupiers and owners of structures within the affected area are low income earners seeking succor from high cost of accommodation within the Federal Capital Territory.

“It would further worsen the already terrible economic plights of these families and expose them to unimaginable hardships if the Abuja Metropolitan Management Council embarked on the proposed demolition without any compensation from the government.

“While we are aware of the efforts of the government to enhance the wellbeing and economic situation of the country at large, we reiterate that the proposed demolition if embarked upon without appropriate compensation and or resettlement in place, would expose the life and wellbeing of these vast population to irreparable but avoidable danger.

“Please be assured of our highest professional regards as we anticipate your timely intervention to this matter.” 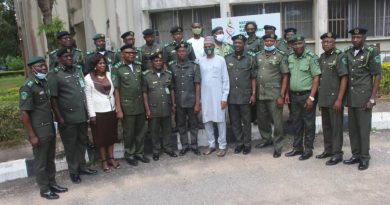 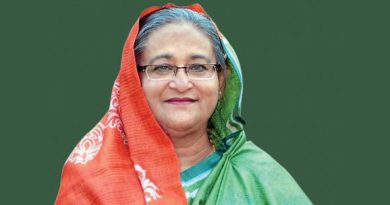 UN CLIMATE MEETING: Leaders Of Vulnerable Nations Call For Climate Equity, as the PM of Bangladesh takes the lead. 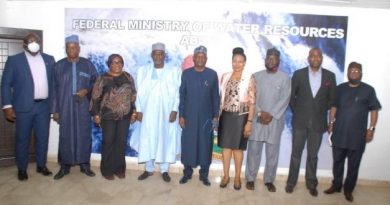