Business Entertainment NEWS
July 12, 2020July 13, 2020 news-admin 0 Comments
The Federal Government of Nigeria has announced the official hand over of the National Arts Theatre Complex at Iganmu Lagos, to the Central Bank of Nigeria (CBN) and the Banks under the aegis of the Bankers’ Committee, in order to commence the renovation of the facility.
This was contained in a tweet post by the Presidential Aide to President Muhammadu Buhari on New Media, Tolu Ogunlesi, on his official Twitter handle on Sunday, July 12, 2020.
It would be recalled that last year, the CBN in conjunction with the Bankers’ Committee unveiled the Creative Industry Financing Initiative (CIFI), which was to enable businesses to obtain loans up to the tune of N500 million.
During the event which was attended by the Minister for Information and Culture, Lai Mohammed and the Lagos State Governor, Babajide Sanwo-Olu, the CBN Governor, Godwin Emefiele, said the bankers were targeting 1 million jobs from this project in the next 5 years.
In the tweet post, Tolu Ogunlesi said, ‘’The Nigerian Government on Sunday officially handed over the National Theatre complex in Lagos to Central Bank of Nigeria and Banks under the aegis of the Bankers’ Committee, to commence the renovation of the facility.’’
Emefiele said the handover of the facility to the committee was timely, considering the external headwinds facing the country’s economy at the moment. He said that the renovation of the facility which would be completed in 18 months, would have transformed the facility into Nigeria’s Creative Industrial Centre.

According to the CBN boss, the National Arts Centre will be comparable to other world-class entertainment and convention centres in any part of the world. He said the activities in the centre which would include music, movies, fashion and ICT, could be a very important source of growth and reduce the dependence on revenues from crude oil.

He pointed out the creative industry has the potential to generate over $20 billion annually for Nigeria with its human capital resources and an enabling environment that would harness the creative talents of her youths.
Emefiele said: “We must do more to encourage the innovative works of these young talented Nigerians as they can make significant contributions to the growth and development of our country.’’
“Secondly, given our growing population of close to 200m people, out of which 60 per cent are under the age of 35, it is imperative that we strive to create opportunities that will keep our youths engaged, as it would portend great dangers for the progress of our nation if we allow these talents go to waste”
Emefiele said that the CIFI which was set up in December 2018 was to support startups and existing businesses, as well as foster development of Nigeria’s Creative Industries Centre in 4 major cities in the nation. He said the bankers’ committee would support the creative industry with about N25 billion of initial funding.
He said upon the completion of the renovation works at the theatre with the supporting facilities, the committee intends to set up similar creative industries centres in Kano, Port-Harcourt or Enugu.
He also said that the theatre would support skills acquisition and job creation for over 1 million Nigerians. These Nigerians will be empowered with funds at a single digit interest rate, high-level training using state of the art tools and networks that will enable them to turn their ideas into a reality.
He revealed that the supporting facilities like retail outlets, hotels, entertainment centres and an international conference centre would also help to reposition the centre as a viable location for high-level international meetings and conventions.
(Nairametrics) 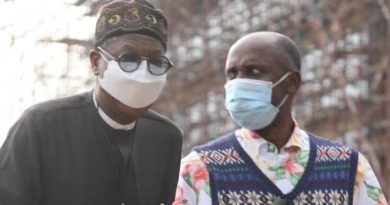 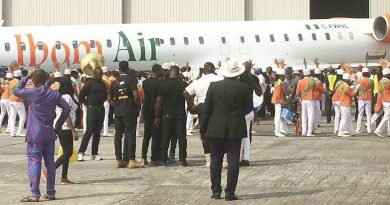 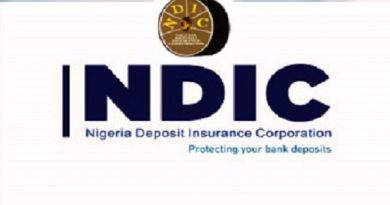