The National Leadership of the All Progressives Grand Alliance (APGA), has disowned Pastor Jerry Obasi and Alhaji A. D. Musa.

The statement was made by the National Director of Publicity APGA, Mr. Ifeanacho  Oguejiofor, in a media chat with the correspondent of News Dot Africa.

“The attention of the National leadership of All Progressive Grand Alliance has been drawn to some Media reports going  round, emanating from a so called Press Conference by one Chief (Deacon) Jerry Obasi and Alhaji A. D. Musa, claiming to be respectively the National Chairman and National Secretary of an imaginary faction of the All Progressives Grand Alliance, called Authentic-APGA. calling on the National Chairman and the National Leader of APGA to resign their positions forthwith, among other uncomplimentary remarks and unfounded  insinuations” he stated.

Mr Oguejiofor said that ordinarily the party would have ignored their childish rantings, innuendos and shenanigans, since  both of them had been expelled from the party at the party’s National Executive Committee (NEC) meeting in Awka, on December 21, 2016 for gross misconduct and anti-party activities, which had been their stock in trade over time.

He also said that there are no records anywhere of their readmission into the party neither do they hold any Executive positions to warrant the claim of the positions they ascribed to themselves and noted that their action was premeditated and targeted on causing confusion and disaffection in the party for pecuniary gains; ‘This is a practice they had been associated with at various times in the past long before their expulsion” Ifeanacho said.

The leadership of the party called on security agencies to arrest and prosecutes them immediately for impersonation and name-dropping. 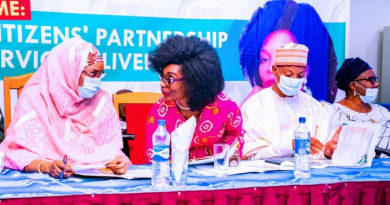 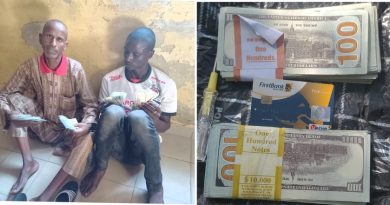 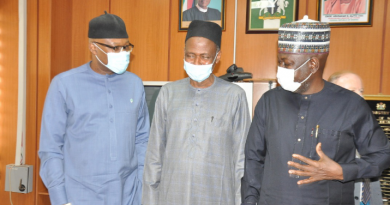