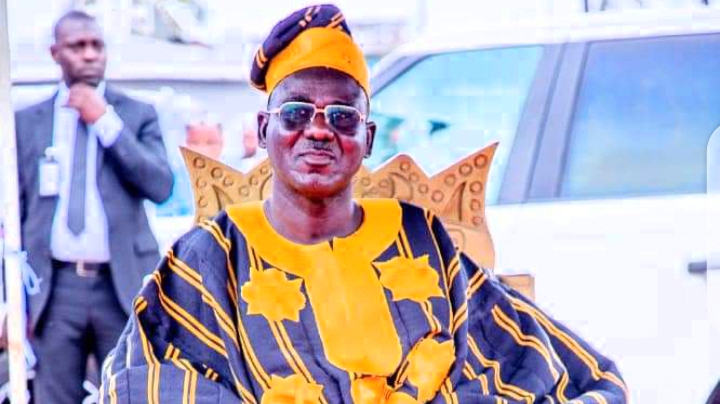 …. A golden fish has no hidden place..

For David Onmeje, a United Kingdom-based Nigerian Public Affairs Commentator: “Gen. Buratai has proven to be one of the greatest accomplished soldier, innovator, strategist and conqueror to ever emerge in Nigeria’s recent history of the Army.

“In his desire to transform and enhance operational efficiency of soldiers in combating insurgency, Buratai, as Army Chief, railroaded the Nigerian Army to the next level by establishing the first Nigerian Army Aviation School (Corps)”.

“And to further demonstrate his exceptional commitment to the continuous training of soldiers and exposure to the ever dynamic world of knowledge in warfare, Gen. Buratai, as COAS, conceived the idea of Nigerian Army University, Biu (NAUB). He aggressively pursued it to fruition within a short time.

“Under the guidance and able leadership of Buratai, who was the immediate-past ombudsman of counter-insurgency operations, the transformation of the Nigerian Army rapidly manifested like torrents of rain.

“The incontrovertible truth is that Gen. Buratai was able to reform and reposition the NA into a professional, responsive and responsible force. Having raised the NA to that high pedestal, troops, under his leadership, discharged their core constitutional mandate marvelously on Internal Security (IS) and counter-terrorism operations.

“Therefore, it is not empty bragging that since the return of democracy in Nigeria in 1999, no other COAS demonstrated sheer pragmatism in repositioning the Nigerian Army into a symbol of pride to Nigeria, than the Borno State-retired Army General.

“Buratai went to great and admirable extents to restore the lost glory of Nigerian Army and soldiers. Posterity will remember him as a great soldier, patriot and leader of inestimable value”.

In a more superlative term, Nkechi Odoma, a public affairs analyst, highlighted what made the longest-serving COAS in Nigerian Army’s history tick.

Odoma, in a piece she titled, “Buratai’s enduring legacy of excellence,” noted: “The name General Tukur Yusuf Buratai might not fade away anytime soon. The name has continued to resonate with the exploits of the Nigerian Army in the prosecution of the war against insurgency in the country.

“I say this for the principal fact that while he held sway as the Chief of Army Staff; it was indeed a golden era in the annals of the Nigerian Army.

“Ambassador TY Buratai, in some quarters, has been described as that Chief of Army Staff that left enduring legacies that redefined the ethos in counterinsurgency operations and civil-military relations.

“I must add that these two pillars were somewhat the hallmarks of the TY Buratai era in the Nigerian Army. The records are readily available for perusal. Hate him or love him; he was the soldier and the commander at the same time.

“He was in the trenches with the troops, commissioned projects, and engaged the intellectual community. He was robust and broad in defence of democracy in Nigeria.

“The list is endless, and I would classify him in the region of legends that came, saw and conquered. And the awards and recognitions were not in short supply. At some point, it became a harvest of awards from within and outside the country.

“Needless I mentioned his conferment with the Brazilian Military Order of Merit Award, which is the highest military honours awarded to those military officers that have distinguished themselves in various military endeavours.

“Looking at the Nigerian Army before and after him indeed reveals tales of an enduring legacy of unalloyed commitment and passion to ensuring that the Nigerian Army regains its pride of place in the preservation of the territorial integrity of the country.

“And this much he ensured through the numerous reforms carried out. I beg to state that the overarching objective was to transform the Nigerian Army into a professional force that implements its operational strategies with internationally recognized rules of engagement.

“Under TY Buratai, the welfare of officers and soldiers was prioritized, so much so that it boosted the morale of a force that was hitherto laced with lethargy. What some might not know is that this lethargic feeling was primarily responsible for the inability of the Nigerian Army to confront the Boko Haram insurgents.

“It’s on record that in less than two years at the helm of affairs, the Nigerian Army gained ascendency over the Boko Haram group. The capture of the once dreaded Sambisa forest was the hallmark of the TY Buratai era.

“In my considered opinion, one of the strategies of TY Buratai was the boosting the morale of the officers and soldiers of the Nigerian Army through numerous ways such as prompt payment of salaries and allowances, massive improvement in the living standards in army barracks across the country and the institutionalization of research and policy formulation.

“For example, under TY Buratai, army barracks experienced a facelift. Command secondary schools were renovated and equipped with the best of facilities. The prestigious Nigerian Military School in Zaria also was not left out through the reintroduction of combat training to boost the students’ morale.

“Today, TY Buratai is the Ambassador of Nigeria to the Benin Republic. We must agree that the much regional cooperation in addressing the security challenges in Nigeria is gathering momentum. Nigeria is indeed blessed to have such a personality.

“My verdict is this; TY Buratai has undoubtedly raised the bar in leadership. And it behoves on those aspiring into leadership positions to take a cue. The lessons are of courage, character and competence. It was indeed an era of the enduring legacy of excellence”.

Unlike politicians and other moneybags who inordinately covet titles, but will not let their outstanding life accomplishments in place of money secure the titles, awards and honours for them, TY Buratai’s indelible legacies and feats as COAS, are what always fetch him arrays of awards or chieftaincy titles.

In September 2019, late Sarkin (Emir) of Bwari, Alhaji Awwal Musa Ijokoro (II), during a visit to the Army Headquarters in Abuja, bestowed the traditional title of “Birman Bwari” which translates to “The Courageous Defender of Bwari” emirate to Gen. Buratai.

This was in recognition of Buratai’s remarkable achievements, then, as Army Chief, especially in the fight against terrorism in North-East. Amidst thunderous applause, Alh. Ijakoro, presented a sword of honour, copy of the Holy Qur’an and appointment letter to the COAS.

It is worthy to note that Gen. Buratai is a recipient of plenty local and international awards, together with streams of chieftaincy titles since after emerging as ‘Birman Bwari.

But it was a day of pomp and undiluted celebration in Daki Community as the duo of Gen. Buratai, and Lt. Gen. Lamidi Adeosun (rtd), a former Army Chief of Policy and Plans, were conferred with traditional titles by His Royal Majesty, Oba Khalid Oyeniyi Olabisi Oyedepo III, the Okere of Saki Kingdom.

During the ceremony, Buratai and Adeosun were conferred with the traditional titles of Jagunmolu of Saki Kingdom (the Benevolent Warrior) and Akinrogun of Saki Kingdom (Unique Warrior Lover), respectively.

The conferment took place at the palace of Okere of Saki, shortly after Juma’at Prayer at Saki Central mosque.

It is essential to state that the two Generals were the first non-indigenes of the Saki kingdom to be honoured with such prestigious traditional titles of the domain, in special recognition of their numerous contributions to national development, peace and security.

Earlier at the Juma’at prayer, the Chief Imam of Saki thanked Gen. Buratai for his wonderful disposition towards the Saki kingdom while serving as Chief of Army Staff as manifested in the various humanitarian assistance to the domain.

He cited the establishment of the Command Science Secondary School, boreholes and other infrastructural development projects.

Shortly after their conferment with the titles, which involved the traditional decoration with the spiritual leaves and presentation with other regalia and office paraphernalia, Buratai, Nigeria’s Ambassador to Benin, responded on their behalf.

He thanked His Royal Majesty, the Okere of Saki, for the honour and recognition, which he said they would not take for granted. He also reiterated their resolve to be loyal and dedicated to discharging their roles as holders of those titles.

As COAS, Buratai’s benevolence was conspicuously manifest in the way he greatly prioritized the welfare of officers, and soldiers of the Nigerian Army. In fact, it would not sound hyperbolic to say that he was always there for wounded troops, just as widows and families of fallen heroes, who benefitted from his numerous empowerment programmes and financial supports, were never tired of singing his praises to high heaven.

Now, as the ‘Benevolent Warrior’ of Saki Kingdom, Gen. Buratai has his work cut out for him. He must, first, commit himself to the enviable task of assisting the Oba and his Chiefs maintain peace, unity and harmony in the domain, while also fighting to protect the ‘sacred’ interests of the entire Saki residents, at all cost. 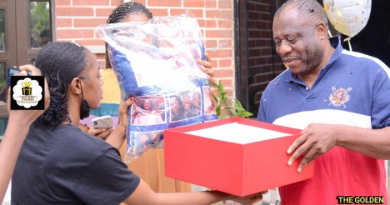 AN EPITOME OF SOPHISTICATION, CLASS, STYLE AND RAZMATAZ IS PLUS ONE TODAY! 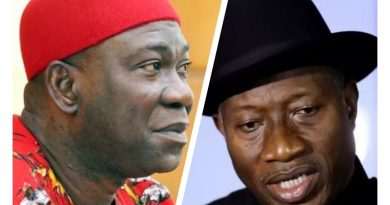 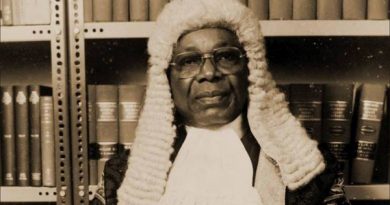