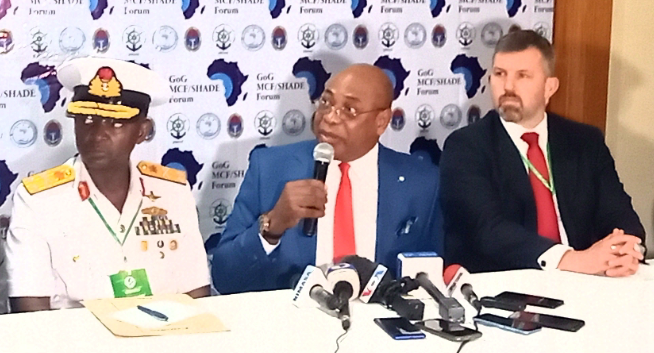 The Secretary General of Maritime Organisation Of West And Central Africa (MOWCA), Dr Paul Adalikwu has pledged his support to the Gulf of Guinea (GoG), Commission adding that his organisation will ontinue to drum support for the GoG Commission as we partner towards a safe and secured maritime highway that will engender cost effective trade and create employment for our teeming youths.

He noted that he GoG has been awash with all forms of maritime crimes ranging from piracy, armed robbery at sea, kidnapping, oil bunkering and theft among others, thereby heightening the security situation to this very important trade route and invariably the cost of trading.

“But we are making significant progress, thanks to the efforts of GoG states and our international partners, as the latest IMB data indicate. The IMB piracy reporting center received 132 reports of piracy in 2021, of which 34 were in the GoG – a significant decline from 81 incidents in 2020. I welcome this progress, but our work is not yet done as piracy risks remain. We need to consolidate these gains.
Consistent efforts have over the years been made by International governments, navies, and organizations, partnering with member States in the GoG to develop their national and regional capabilities to improve maritime governance in waters under their jurisdictions and to prevent, within the provisions of International law piracy, armed robbery against ships and other illicit maritime activities”, he explained.

Adalikwu further said that partnerships and cooperation are aimed towards the promotion of peace and socio-economic development on the bases of dialogue, consensus, ties of friendship, solidarity and fraternity.

“In the spirit of these cooperative efforts to tackle these crimes, it would be recalled that the government of the Federal Republic of Nigeria in 2019 organized the Global Maritime Security Conference (GMSC) in the Gulf of Guinea here in Abuja which brought together critical maritime security experts and stakeholders of the GoG member States and the globe. That Conference brainstormed and came up with working policies and action plans to address these menace”, he stated adding that MOWCA very strongly aligns with the resolutions/recommendations of that Conference in the hope and expectations that if they receive the blessings of governments of member States with a genuine political will to implement them, those resolutions/recommendations would collectively sustain the gains achieved thus far, even as the organisation strive to do more.

He noted Ghana’s progress in moving anti-piracy legislation forward and the recent convictions of pirates in Togo, while commending the Federal Republic of Nigeria for enacting the Suppression of Piracy and Other Maritime Offences (SPOMO) Act, 2019 and the launch of the Deep Blue project to secure Nigerian waters up to the Gulf of Guinea. 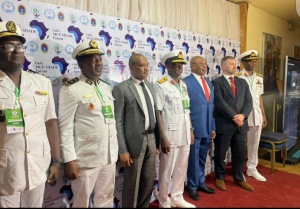 “The removal of Nigeria from the global piracy list by the International Maritime Bureau IMB gives validation to the effectiveness of the counter piracy measures emplaced. This is very commendable and MOWCA would wish to recommend that member States partner with the Nigerian experience for sustained security architecture in the region in the spirit of the Interregional Coordination Centre (ICC).

On Public Policy,  he said deliberate policy to give renewed impetus to counter piracy actions at national, subregional and international levels is needed. Public policy must articulate a framework that would satisfy the objectives of equipping seafarers on- and off-shore to mount credible responses to threats at sea, whilst meaningfully improving the socio-economic well-being of marginalized communities, through programming that meet key needs. Also essential are investments in education at early stages to make citizens have an early understanding of the abundant marine resources in the sea and contributions of seaborne trade to the national economy for appropriate mind set over marine affairs.

On Financee: Dr Paul said system of tracing and tracking funds for piracy operations and proceeds of the crime is crucial, with a view to freezing same both on the inflow and outflow sides—and stop the problem at its source. Pursuing these actions will require cross-sectoral collaboration across borders, and calls for greater financial transparency.

On Law enforcement: he said identifying where gaps exist between reality and the ambition for maritime law and policy, and taking steps to bridge those gaps.

“MOWCA takes note of experiences from countries within the GoG that show us it is possible to implement sound policies well. Consider the Nigerian Suppression of Piracy and Other Maritime Offences (SPOMO) Act, which has been successful in securing conviction of pirates before the Nigerian court, and which has earned highest recommendation for scaling to subregional level”, he stressed.

On Maritime infrastructure he noted that from coordination and information-sharing to capacity building and private sector engagement, there is a need to take a comprehensive approach to strengthening the hard and soft infrastructure essential to address piracy. “As part of this process, we must also look landward and engage local leaders and communities. Indeed, a sustainable maritime infrastructure cannot be attained without local ownership.

“Regional international collaboration will continue to play a significant role as this remains a platform for formulating strategies that have translated to successful outcomes being witnessed”, MOWCA boss concluded. 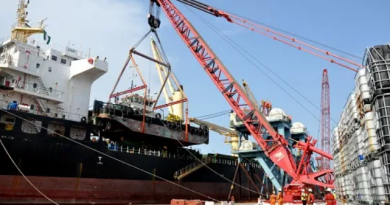 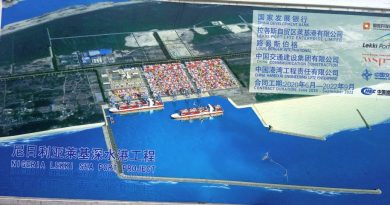