The foremost Human Rights Writers Association of Nigera  (HURIWA), has called on the Attorney General of the Federation to apologise to Nigerians or resign if he has no honour left.

The call was made in a document made available to the media through the by the HURIWA President, Comrade Emmanuel Onwubiko.

“It was with  hearts that were  heavy and tragically disappointed at the rate of spread of illogicality as public communication technique that we at the HUMAN RIGHTS WRITERS ASSOCIATION OF NIGERIA (HURIWA) read in the popular media of mass communication that the number one chief law officer of the Federal Republic of Nigeria and a Senior Advocate of Nigeria, Abubakar Malami, attorney-general of the federation (AGF), said  it is likely that hoodlums wearing military fatigues — and not soldiers — shot #EndSARS protesters at the Lekki tollgate in Lagos state. We indeed saw this statement as an unwarranted irritation and an aggressive form of insults and lack of respect for the innocent peaceful protesters in LEKKI Toll Gates Lagos who were on 20th October 2020 despatched to the great World beyond by Men and officers of the military paid with taxpayers money to defend the territorial integrity of Nigeria.”

” The Prominent Civil Rights Advocacy group HUMAN RIGHTS WRITERS ASSOCIATION OF NIGERIA (HURIWA) recalled that few weeks back, protests calling for the disbandment of the special anti-robbery squad (SARS) took flight across the country. The police unit was reportedly disbanded but the protests persisted as citizens demanded reforms in the force. Instead of listening to the voices of the Oppressed and the voices of reason, some elements within the Nigerian government procured armed agents and bandits to purposefully infiltrate the peaceful protests grounds and instigated unprovoked attacks and blood chilling violence of unprecedented proportions leading to the killings of scores of the usually peaceful protesters all across the Country. Then protesters converged on the tollgate for 13 days before they were forcefully dispersed by soldiers”, HURIWA stated.

There are reports that some of the protesters were killed by the soldiers who stormed the tollgate on October 20, 2020, but there are disparities in the number of casualties and no clear evidence has been produced.

HURIWA however condemned the brazen attempts to obsfucate the real issue and deny the reality of the deployment of armed soldiers on October 20th 2020 at the LEKKI Toll Gates Lagos who shot randomly at protesters just as the Rights Advocacy group HUMAN RIGHTS WRITERS ASSOCIATION OF NIGERIA (HURIWA) said it was disingenuous that the minister of justice Abubakar Malami tried to spread confusion by suggesting the possibility that soldiers never got deployed to the LEKKI Toll Gates Lagos because according to Reuters, Malami told journalists last Monday in Abuja that investigation is underway to ascertain what truly happened at the Lekki tollgate just as Malami said it was “pre-emptive” to conclude that there had even been shootings, adding that “hoodlums” may have been hired to create a scene. The Federal Attorney General and minister of justice Abubakar Malami then proceeded to assert thus: “You cannot rule out the possibility of perhaps hoodlums that set in to create a scene… could equally partake in the process,” the AGF reportedly said.

HURIWA has however, asked the Federal Attorney General and minister of justice Abubakar Malami (SAN) to tender both his apologies and resignation now that it has become authoritatively unambiguous that Nigerian Army indeed were deployed to the LEKKI Toll Gates Lagos on October 20th 2020 because according to the Rights group, that attempt by the Federal Attorney General to use sophistry to seek to create confusion around the circumstances surrounding the massacre that characterized the deployment of armed soldiers on the ground of the peaceful protests in LEKKI Toll Gates Lagos in which undetermined number of Nigerians may have been killed in the ensuing gun shots unleashed allegedly by the soldiers on peaceful protesters in LEKKI Toll Gates Lagos.

The group said the show of shame by the Federal Attorney General and minister of justice Abubakar Malami over this LEKKI Toll Gates Lagos issue is intolerable and unacceptable.

HURIWA recalled that  even when the Lagos State governor Babajide Sanwo-Olu, blamed the incident on “forces beyond my direct control”  and Osoba Olaniyi, acting director, army public relations, said the Lagos government invited the army to restore order, Nigeria’s Justice Minister went public with the unsubstantiated,  toxic sophistry that armed thugs may have invaded the vicinity of the peaceful protests in LEKKI Toll Gates Lagos on October 20th 2020.

HURIWA recalled that the Army has now made it unambiguous that indeed soldiers and not hoodlums as suggested by Abubakar Malami SAN indeed invaded the vicinity of the peaceful protests at the LEKKI Toll Gates Lagos just as the Army in its testimony before a judicial inquisition in Lagos maintained that there was no massacre at the Lekki toll gate as no live ammunition was used on the #EndSARS protesters. The army also denied taking dead bodies away.

HURIWA recalled that the 65 Battalion of the Nigerian Army, the formation said to have been involved in the October 20 Lekki shooting, has said soldiers only fired blank ammunitions at protesters.

In a petition submitted to the Judicial Panel of Inquiry set up by the Lagos State Government, the army insisted that no one was shot dead as soldiers only fired blank ammunition at the protesters.

Despite evidence of people being killed and injured at the Lekki incident, the army representatives said they did not fire at the protesters.

In the face of emerging facts that indeed soldiers were at the LEKKI Toll Gates Lagos on October 20th 2020 and not armed hoodlums as suggested by Abubakar Malami (SAN), the Rights group said the Attorney General and minister of justice Abubakar Malami if he has any honour left, should tender public apologies to Nigerians and resign forthwith because it is totally unacceptable that those appointed to serve could willingly devise insidious means to deceive the same people who donated the legitimacy that made it possible for the elected office holders to exercise authority in line with the Constitution of the Federal Republic of Nigeria. 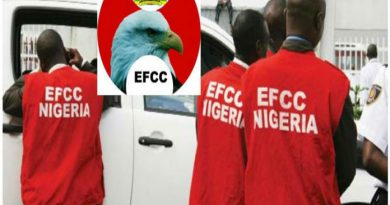 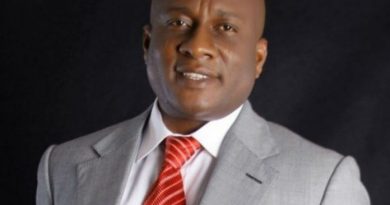 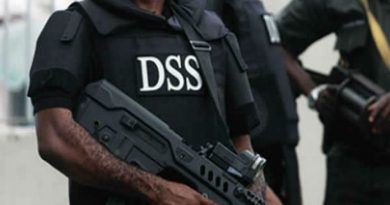