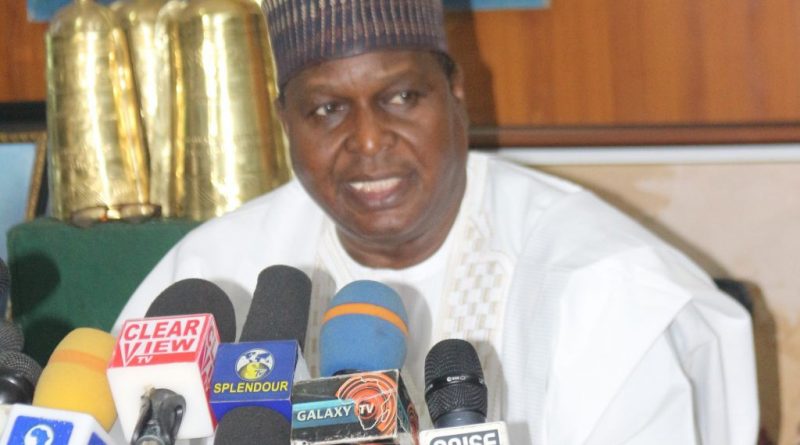 The Director-General of the National Council for Arts and Culture (NCAC), Otunb Segun Runsewe, OON has raised alarm over an online viral video projecting Nigerians to be fraudsters and calling on all Ghanaians to “beware of Nigeria”.

Condemning the video, in which a Ghanaian Security Officer displayed wraps of fake $100 note which he claimed the Ghanaian Security operatives recovered from four Nigerians travelling in a Highlander vehicle to Ghana, Runsewe noted that the narrative of the security officer was most unprofessional and implausible.

The security officer said in the video that the four Nigerians, when accosted, escaped to a nearby bush, abandoning the Highlander and the sack containing the chunk of the fake dollars notes.

The security officer further displayed the dollar notes and refused to show his face or his name tag in the video, Runsewe pointed out.

The NCAC boss wondered why the Highlander vehicle the security officer claimed the Nigerians escaped from was not shown in the video.

He added that he considered it strange that four unarmed Nigerians travelling to Ghana at the odd hour of 3.00am could escape into the bush in Ghanaian territory without being apprehended by armed Ghanaian security operatives.

He also wondered why the security officer who gave the voice-over in the video and displayed the said fake dollar notes concealed his identity and could not show the Highlander vehicle which the Nigerians escaped from.

Runsewe lamented that the final statement of the security officer in the video was “beware of Nigerians” adding that this sounds quite offensive as it casts a blanket aspersions on the integrity of all Nigerians.

He said that Nigerians view this as a blackmail and orchestrated attempt to dent the image and integrity of Nigerians.

“Against the ongoing harassment of Nigerian traders in Ghana and bitterness and hate of Ghanaians against Nigeria, we view this video with utmost seriousness” Runsewe said.

The NCAC DG called on Ghana High Commission to Nigeria and the Government of Ghana in Accra to identify the officer behind this video.

“We also ask that the officer should throw more light on the circumstances leading to the escape of the so called Nigerians into bush in Ghanaian territory without being apprehended by officers who were operating in their own terrain,” Runsewe said.

He demanded that the vehicle from which the so called Nigerians escaped should be made available to enable Nigerian Government trace the owner of the vehicle through its registration in Nigeria.

Runsewe stressed that if the vehicle actually had Nigerian registration number, it was not enough to conclude that it was registered in Nigeria and that the so called four people travelling in it were Nigerians.

He noted that this hasty generalization and the call on the world to ”beware of Nigerians” was borne out of hate, malice and ill-will all of which defy every sense of morality and diplomatic ethos.

He demanded that the Ghanaian authorities should produce this officer and his cohorts or apologize to Nigeria and Nigerians for this vicious blackmail and also retract the video through the same medium.

“We make this demand as responsible Nigerians in the apex body with the responsibility of promoting Nigerian cultural values and heritage” he said.

He lamented that as the head of the cultural organ of Nigeria what the Ghanaian officer projected in the video was detrimental to the culture of Nigeria and amounts to international blackmail of the highest order that cannot be tolerated. 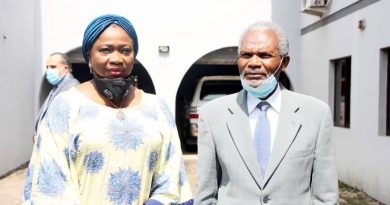 NiDCOM BOSS MEETS LIBYAN ENVOY OVER BURNING OF A NIGERIAN TO DEATH IN LIBYA. 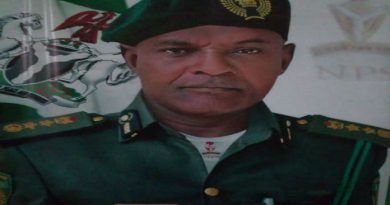 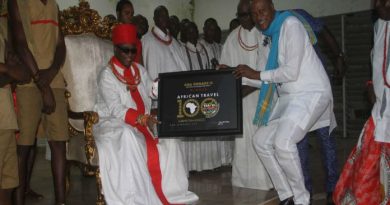 Culture and Sports unite more than Our Politics, says Oba of Benin as NAFEST Ends