Lifestyle & Hobby NEWS TRANSPORTATION
May 29, 2020 news-admin 0 Comments
…He will take Nigeria to a higher level – El-Rufai  …He is a goal-getter – Lalong   …He is selfless,courageous – Mamora
The Kaduna State Governor Nasir El-Rufai and his Plateau State Counterpart Simon Lalong were some of the top government officials who celebrated with the Honourable Minister of Transportation,Rt.Ho­n. Chibuike Rotimi Amaechi on his 55th birthday on Wednesday 27th May, 2020.

The birthday which was also marked by a Zoom Conference was anchored by the former DG of NIMASA, Dr. Dakuku Adol Peterside.

Speaking at the event, Gov. Nasir El-Rufai, described Amaechi as a politician with a great personality noting that he was proud to be associated with the minister. He also said Amaechi’s leadership charisma endeared him to Mr. President despite opposition against him.

He said Amaechi had become the first Nigerian to hold the position of the Minister of Transportation twice and was able to achieve so much within the period because of his unique qualities of inclusiveness.

According to him “President Muhammadu Buhari loves Amaechi, he loves him like a son, he trusts him absolutely and this is why in spite of all opposition, many attempts to create Amaechi in bad light, he twice selected him to lead his campaign and also as the Minister of Transportation.

“You can see that in the ministry of transport, I don’t think in the history of Nigeria, there had been any Minister of transportation that has being able to achieve the landmark Amaechi has achieved in a very difficult circumstances.

“I am very proud of you (Amaechi), am very proud to be associated with you, I am a beneficiary of your friendship, your love and your generosity, you have helped me a lot in my campaign, you have given me ideas on how to be a better politician, I have learnt a lot from you.

“I am confident that if and when Nigeria is looking for a leader that will take us to a higher level, you will be up there on the frontline among those that will be counted.”

He encouraged Amaechi to continue to be a good leader even to those that has betrayed him noting that God will reward him as he marked his 55th birthday.

Also speaking, Gov. Simon Lalong, said he wished the birthday could be celebrated as it was usually done in the past, regretting that the outbreak of Corona Virus has made it difficult for friends and well wishers of the minister from coming together. This is even as he appreciated the organisers for the zoom birthday conference.

“Today is your birthday, I want to congratulate you. I met Amaechi in the year 2000, that time, I was lucky to be selected as a Speaker of Plateau State House of Assembly, and I saw in him a model.

“I grew up to learn that model on how to lead the House from him because when I came onboard as a Speaker, I didn’t have that experience but my little stay with him thought me a lot of things including how to get people to work in unity, how to serve the people, how to be very selfless and how to accommodate everybody.

“He started the Conference of Houses of Assembly Speakers and led all the Speakers as a team. In terms of administration, he would set a goal and when he sets that goal, he achieves it. One other thing that is striking in him is that he is very selfless, he can sacrifice anything that he has for a friend.”

While also encouraging Amaechi to be resolute in his believes, Gov. Lalong prayed for God’s continuous reward and love for him and his family.
Similarly, Minister of State for Health, Mr. Olorunnimbe Mamora said that he was very happy to be part of Amaechi’s 55th birthday celebration.

According to him, Amaechi has had the grace of God to hold so many leadership positions from Speaker, to Governor, to Chairman Governors Forum, to Minister, these are top positions that he has held and he’s still holding.

He said qualities such as selfless service, passion to deliver on jobs, reliability and courage were qualities inherent in the transportation minister.

“Certain qualities stand him out, one is courage, Rotimi is a very courageous person, two, is reliability, he is a very reliable friend, and he is dependable, he’s very kind, when I say kind he is very passionate. Amaechi is always willing to assist when the need arises even without waiting to be called upon, he is very open minded,” he said.

For the President’s spokesman, Femi Adesina, Amaechi is a very generous and kind politician noting that he was very happy to have met him when he was the President of Nigerian Guild of Editors.

“I am glad to know you (Amaechi) as you turn 55, I can only wish you well, you have a long way to go politically and in the leadership position in this country, you have my wishes and support all the time,” he said.

Highlights of the occasion were comedy displays and musical performances by renowned gospel artists within the country. 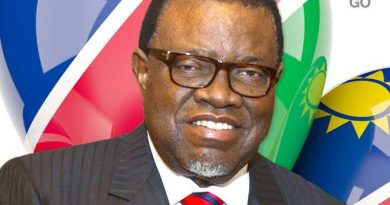