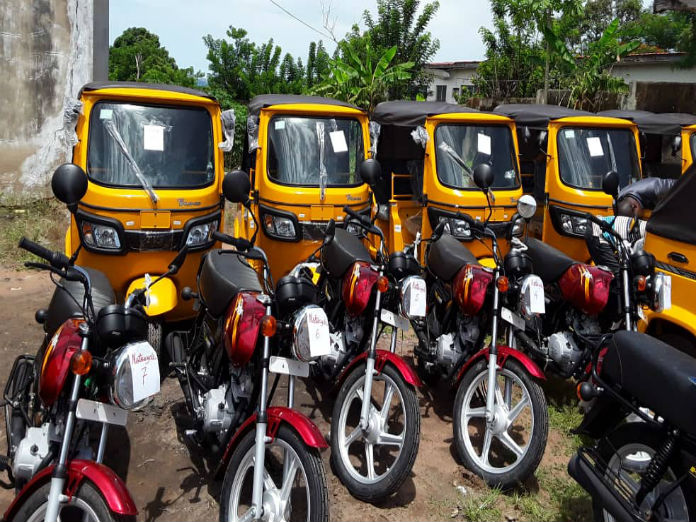 Business NEWS PROGRAMMES & PROJECTS TRANSPORTATION
May 28, 2019 news-admin 0 Comments
Not less than 85 youths in Ondo Central Senatorial District have benefitted from the Federal Government’s empowerment programme, as some of them received tricycles and motorcycles from the Ministry of Niger Delta Affairs.
Speaking at the Commissioning and distribution of the empowerment items in Akure, Ondo State Capital on Monday, the Minister of State for Niger Delta Affairs, Prof. Claudius Omoleye Daramola, said: “The Niger Delta region is faced with endemic poverty and we discovered that one of the ways of eradicating it is to empower the youths through transport business, using tricycles and motorcycles.”
55 of the youths received motorcycles, while 30 received tricycles for commercial transportation.
Prof. Daramola added that apart from giving the Youths those items, “We also gave them a form of training on business management and simple repairs of the items.”
The Minister, who was represented by the Deputy Director, Economic Empowerment Department in the Ministry of Niger Delta Affairs, Mr. Philip Ndiomu, reiterated that the initiative was one of the laudable programmes of the Present administration that were aimed at empowering the youths, generating employment, as well as improving their economic wellbeing.
“As we match to another dispensation in Government, be assured that  more of the empowerment programmes will be carried out in the Niger Delta region until poverty is reduced to the barest minimum,” Prof. Daramola stressed.
In his remarks, Senator Donald Omotayo Alasoadura, representing Ondo Central Senatorial District in the National Assembly, commended the Federal Government for finding the people of his constituency worthy of such laudable programme.
Senator Alasoadura charged the beneficiaries to make the best use of the items received. “Don’t sell them, but use and make money from them,” he charged.
Speaking on behalf of the beneficiaries, Comrade Akindehin Emmanuel lauded the initiative of the Ministry of Niger Delta Affairs and the support of Senator Alasoadura in making the empowerment programme possible, promised to utilise what he received for the benefit of his family and his community. 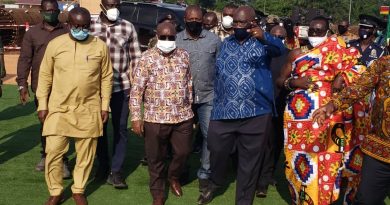 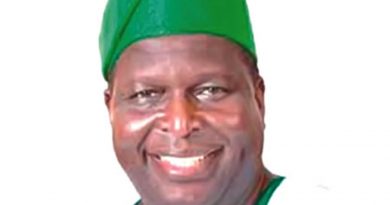