A Tribute By Prof. Steve Azaiki

Today, the 28th of January, 2022, reverberates in the minds of many relatives, political associates, friends and well-wishers, as the born-date of an indifatigable leader, Senator Henry Seriake Dickson.

From the creeks and fecund soil of Toru-Orua in Sagbama Local Government Area of present Bayelsa State, came a great leader, in all sense of the word, “great”. Senator Dickson faced the tapestries of life in many facets, career wise – beginning with service to nation, through the Nigerian Police.
But, his calling, spurred by the knack for word-smithing and oratory prowess inculcated in him by Literature in English, pointed at something else. He listened to and made good, that calling, as he studied law, and became a legal practitioner. The robust practice from Port-Harcourt to Yenagoa, was a mixture of activism, especially, for the Ijaws and the Niger Delta, using the platforms of Ijaw National Congress (INC).

Politics, was the next activity, which he began from the defunct Alliance for Democracy (AD), and later the Peoples Democratic Party (PDP), where he was part of the Green Movement, a political association in the Bayelsa State Chapter of the PDP. The Green Movement, was like a support group to the then Governor, Dr. Goodluck Ebele Jonathan. It later also supported Dr. Jonathan’s Vice Presidential running mate election and the 2011 presidential elections, subsequently. 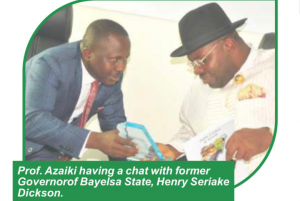 From there, Senator Dickson was selected for a cabinet position, as Commissioner for Justice and Attorney General in the state, during Dr. Jonathan’s tenure as Governor. His legal sagacity saw to the repositioning of the justice administration system in the state. Politics, was to gradually turn to his abode, as he thereafter ascended to the House of Representatives to represent, Sagbama/Ekeremor Federal Constituency. His outspokenness on issues were stunning, and reckoned with.
Catapulted by fate from the House of Representatives to Governorship of Bayelsa, Senator Dickson, did remarkable reforms and also put on ground a number of infrastructures, indelible of the two terms he governed. Dickson, is also a maker of leaders, and has raised youths and elders onto political leadership positions. Presently a Senator in Nigeria’s National Assembly, Senator Henry Seriake Dickson has been at the forefront of issues of national, regional and his districts as well as Bayelsa’s interest.

As the Ofrumapepe clings the glasses, to mark his birthday, I and my family, as well as my Constituents from Yenagoa/Kolokuma-Opokuma Federal Constituency, wish him a happy birthday and many happy returns. We pray God to strengthen you and take you to greater heights for service to humanity. May God also bless and strengthen your beloved spouse, Dr. Rachael Dickson, who has been a source of strength to you in your leadership outings. 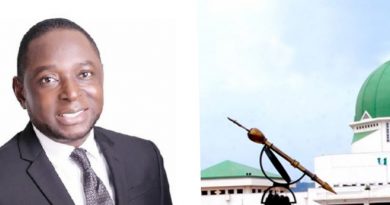 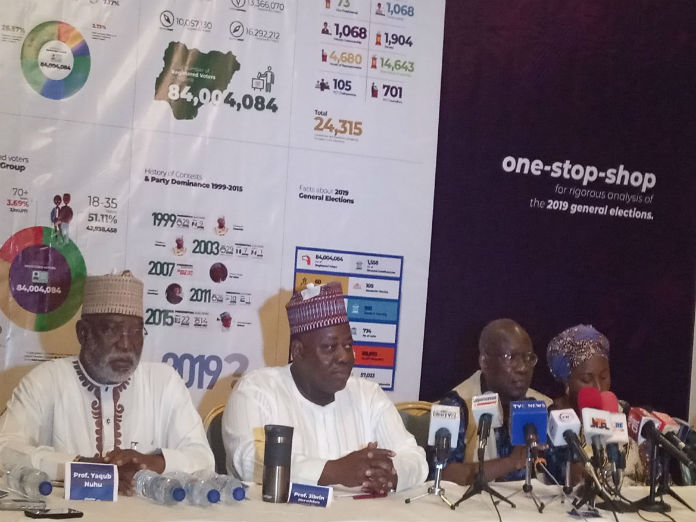