On the occasion of this year’s World Press Freedom Day (WPFD), Media Rights Agenda (MRA) has today called on the Federal Government of Nigeria (FGN), to make a commitment to put mechanisms in place to ensure ease of access to information for citizens and create a conducive environment for journalists and media workers to safely carry out their professional duties.

In addition to enabling the government fulfil its legal obligations, such a commitment, MRA noted, would signal the government’s genuine belief in the theme of this year’s WPFD, “Information as a Public Good”, which according to Ms Audrey Azoulay, Director-General of UNESCO, “underlines the indisputable importance of verified and reliable information.”

In a statement he signed on behalf of the organization, its Programme Director, Mr Ayode Longe, said: “Although Nigeria has a Freedom of Information (FOI) Act, its implementation is far from satisfactory as compliance with the provisions of the Law across government has been poor. This is why we are asking government to put mechanisms in place for the effective implementation of the Act to enhance the ability of citizens to access information, which is definitely a public good.”

He explained that such mechanisms should be aimed at improving the level of compliance by public institutions with the provisions of the Act in different critical areas, including their responsiveness to requests for information from members of the public; their publication of information that they are required to proactively disclose; their submission of annual reports to the Attorney-General of the Federation; as well as the speedy adjudication and resolution of cases arising under the Act.

Besides, Mr. Longe argued, if the FOI Act is to make a real impact in bringing about transparent and accountable governance in Nigeria, its implementation across different levels of government also needs to be assured. He therefore called on all the States to either commit to the full implementation of the Act at their State level or take urgent steps to enact and implement their own state FOI laws.

According to him, despite the insistence by many states over the last 10 years that the FOI Act does not apply to them, it is ironic and quite disappointing that only two States – Ekiti and Imo – have so far passed FOI laws for their States and even so, the level of implementation of those laws remains unimpressive.

He observed that the only conclusion that can be drawn from the situation is that the other 34 States have no intention of being transparent or accountable to their residents but are merely using the excuse of non-applicability of the Law to their States to foster secrecy in governance, thereby depriving citizens of the possibility of participation in governance at the State level.

He said there is also a need for government to provide an enabling environment for journalists and media workers to carry out their duties without fear for their safety as an atmosphere of fear causes self-censorship, which denies the people access to the information they should normally be entitled to have.

According to him, “Self-censorship can also exacerbate the spread of misinformation and harmful content as journalists and media houses, in fear of their safety, increasingly refuse to fact-check information or carry out investigations into stories but rather leave citizens to depend for their information on available self-publishing platforms, which frequently push out unverified news and information.”

Mr Longe advised the government to ensure that the law enforcement agencies and the Judiciary are appropriately sensitized about the importance of the media and journalists to the society and are alert to ensure that justice is done whenever journalists and media workers are attacked, saying it is only by so doing that it can achieve the goal of creating a conducive environment for media practice in Nigeria. 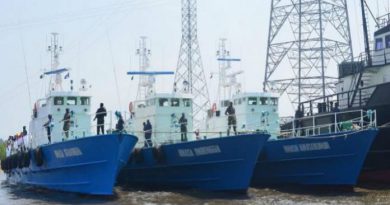 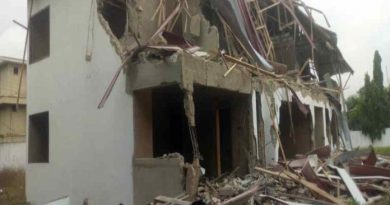