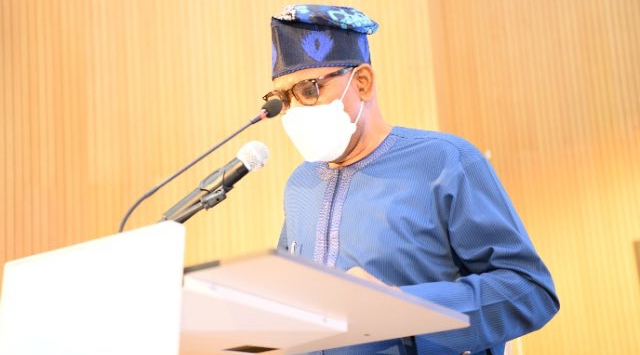 The Federal Ministry of Communications and Digital Economy in Nigeria has been accused of not considering the health of Nigerians and particularly that of the telephone subscribers and staff of the National Identity Management Commission by forcing Nigerians to continue to troop out enmasse in search of the National Identification Number or lose ownership of their telephone lines.

HURIWA regretted that the Communications and Digital Economy Minister, Ibrahim Patami by only just  ‘donating’  some Personal Protective Equipment (PPE) to staff of the National Identity Management Commission (NIMC), has demonstrated overwhelming lack of sensitivity and responsibility in the discharge of his official duties but has put his inexplicable agendum above that of the public good.

HURIWA said the PPE were reportedly  donated to NIMC staff members for their safety and applicants in the fight against COVID-19 just as Mr. Kayode Adegoke, NIMC Head of Corporate Communications disclosed this in a statement on Saturday and glibly explained that the donation was  in line with the Minister of Communications and Digital Economy, Isa Pantami’s resolve to ensure smooth enrolment of National Identity Number, NIN.

The statement reads: “The donation of the PPE was in furtherance of the Honourable Minister of Communications and Digital Economy, Dr. Isa Ali Ibrahim’s (Pantami) resolve to ensure NIMC Enrolment Centers across the country are well equipped towards the smooth enrollment of Nigerians and legal residents into the National Identity Database.

“The PPE items donated include: Hand Sanitizers, Face Masks, Hand-held Thermometer, and others.”

The items were received on behalf of the Management and Staff of the NIMC by the DG/CEO, Engr. Aliyu A. Aziz, General Manager, Legal, Regulatory and Compliance Services, Hajjia Hadiza Alli Dagabana, Senior Special Assistant to the DG/CEO, Mrs. Uche Chigbo, and the Union President, Comrade Lucky Ashekhokai. 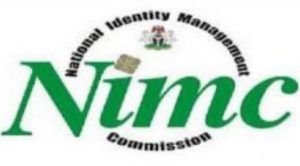 However, the Rights group said the Federal Government by sticking to the ill advised deadline for the enrolment by millions of telephone subscribers in Nigeria to obtain the National Identity Card numbers so as to synchronise with their telephone lines even amidst the extraordinary surge in the infection rate of COVID-19 and the fact that nearly a month since after the registration for NIN started, the minister of Communications and Digital Economy has only just distributed to the frontline staff doing the registration with the Personal protection equipment after the staff union threatened to embark on strike shows that government officials essentially implement decisions without thinking through those decisions or listen to the heartbeat of Nigerians.

“This federal government has exposed millions of Nigerians to the threats of COVID-19 infections and we are sure there may be series of litigation for damages thar may  be filed by Nigerians who may seek for payment of damages for the unmitigated risks that they were exposed to by the Federal government in carrying out the order to get enrolled in the National Identity database as a prerequisite for the continuous use of their telephone lines.”

HURIWA recalled that the Federal Government of Nigeria through the Minister of State for Health had said that it may suspend the ongoing National Identification Number (NIN) registration due to the large crowds that gather during the process, a contravention of the Covid-19 protocol.

The Rights group said the minister had said thus: “I don’t feel good looking at the picture where people are gathered in multitude; it’s like a superspreader event which we don’t like. But I’m also aware that the relevant ministry which is the communications and digital economy is looking at this.“My understanding is that the whole process may be suspended so as to reorder the whole process in terms of management of the crowd because it was never intended that it would become a rowdy process like that. So people may have to wait and be called at intervals to go through the process.The minister also added, “We have a duty as government to ensure that people are protected; we also have a duty to ensure people comply within the limit of what is good for the society at large.”

HURIWA recalled that NIMC workers embarked on strike last Thursday over issues bothering on welfare, the risk of exposure to Covid-19, lack of personal protective equipment and poor funding.

This is due to the surge of large crowds who gather at their offices for NIN enrolment, following the deadline given by the government to telephone operators, to cut off subscribers who fail to link their NIN with their SIM card.

The workers, however, called off the industrial action some 24 hours later following the intervention of the Federal Government. 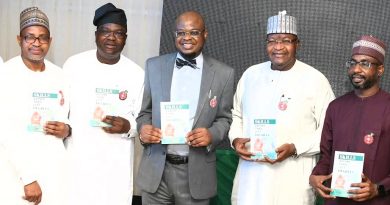 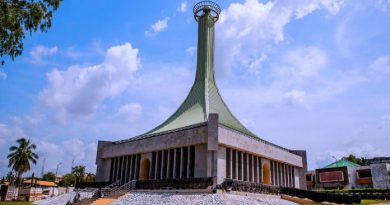 Madness As Defined By Some Anambra State Politicians 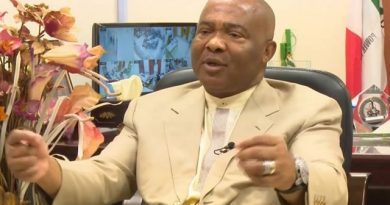