Friday, 25th November 2022 looks like every other day at Queens School, Ibadan till lights out occured and girls went on their beds at the hostels.

An usual occurrence patterned after Government Girls Secondary School at Chibok invasion in Borno state under Shettima as the Executive Governor was scuttled by a brave Security Guard who though, a Muslim paid the supreme price with his life in defence of girls who were Christians and Muslims! That is leadership!

The story was reported by the Tribune Online as a robbery; “Suspected armed robbers have killed a security guard during a raid on the premises of Queen College, Apata in the Ido Local Government Area!

The suspected robbers armed with sophisticated weapons invaded the premises at 1 am on Saturday!

Tribune  Online gathered that the security guards put up a resistance but could not March the fireworks of the bandits as one of them was felled by the bullets.

The suspected robbers, according to findings engaged in a sporadic shooting to scare the residents and the neighbourhood guards!

Efforts of the security guards, as reliably informed to seek reinforcement from neighbourhood guards proved abortive.

He said the investigation is still ongoing.

Why the Tribune Online saw the attack as a robbery is amusing. Armed men at 1am in an all girls school attempting to have entrance to come and rob the students of the school? To steal what?

I first learnt of the sad event publicly through a WhatsApp message sent from an old student of the prestigious college whose identity the massage did not reveal. It reads in parts, “I do confirm the attack/foiled robbery, wee hours of today at our Alma Mater.”

The security man was shot dead trying to prevent access to the hostel after he raised alarm and shooting at the armed men.
He was buried according to Islamic rites this afternoon.”

It should be noted that Oyo State has become unnecessarily tensed along religious line due to inciting activities of one Professor and his group of extremist power mongers who are hiding behind concerns for Muslim rights to incite the public to violence!

The writer of the WhatsApp message said She spoke with the principal earlier, she was at the commissioners office putting in a formal report.
The Governor she said has been informed of the situation and armed policemen have been deployed to the school. This unfortunately for her is reactionary!

“Thankfully” she said, “none of the girls were hurt nor kidnapped.”

However, as expected, some parents have taken out their children and wards from the hostel.

Hopefully the issue of security which the Principal has gone on about for a while, will be given top priority!

“May the soul of Mr Olayiwola rest in perfect peace In Sha Allah”. The message ended.

This are challenging times for Governor Seyi Makinde who as the Chief Security Officer of the State, must do his best to keep all citizens safe irrespective of religion or tribe. No stone must be left unturned to get to the root of this and unveil the perpetrators who must be brought to book and made to face the Law!

All lovers of peace must be on the side of the Governor on this, to ensure that terrorists elements fashioned after Boko Haram doesn’t carry out dastardly acts in a bid to establish themselves in Government and grip the state in terror!

A clue from Chibok and Dapchi should inform the government of Oyo state on what is brewing. The governor should be proactive by arming the Amotekun all schools in Oyo state should have plain clothes Amotekun posted to them, focus must however be given to girls schools with hostel facilities in the state, the threat of fundamentalists in the state should no longer be taken for granted. Churches, Mosques and markets in the state should also be given special security attention. Public surveillance must complement institutional surveillance. “Abo to peye ti di ajumose gbogbo olugbe ipinle Oyo o”! Effective security has become a cooperative efforts of all residents of Oyo state. 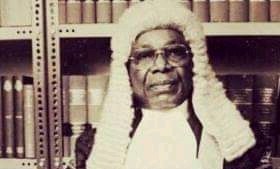 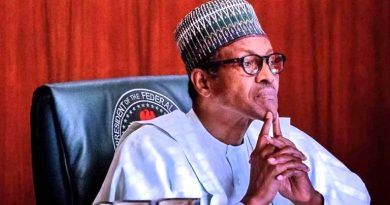 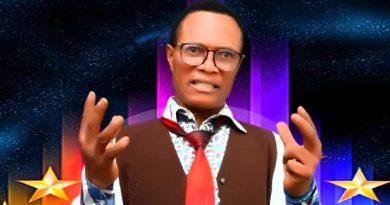