5 years ago, an ambitious idea became reality — an idea that would change the course of reporting human rights forever. The vision was not only to launch an organization, but, more importantly, to build something unrivaled.

The Convener and Editor Regent Africa Times Comrade Shola Akingbore
had on Thursday 12th of May,2022 in Abuja organized a maiden public lecture and awards in collaboration with the National Human Rights Commission and the Nigerian Union of Journalist.

In his address, he welcomed everyone and assured a fruitful outcome.

The Convener added that Regent Africa Times is a platform that focus on the issue of human rights and “human right is the bottom line of our existence.”

Shola noted that the theme:role of the media in the fight against insecurity and human right reporting is as a result of the security challenges that Nigeria had had to face over the past 9 years.

“Nigeria media has been attacked severally with the blame for some of the problems of security especially when Nigeria’s image is involved.

Making instance with the Lekki Tollgate saga, he said
“You put off the light and you expect media to do what magic? And before you knew it, the media reported what they saw and the securities said no, the media is over reporting and over escalating matter and before you knew it,it became controversial”. For this reason, Regent Africa Times saw the need to involve stakeholders to creating understanding between security officials and media reporters that they need to collaborate to achieve a safe society

In his keynote address , the Executive Secretary of the National Human Rights Commission (NHRC), Chief. Tony Ojokwu(SAN) stated that It is a fact that Human Rights violations and their narratives bear similar traits across Africa and indeed the world with perpetrators of these crimes going to any length to cover them up and evade Justice

Reacting to the theme: Role of Media in Security and Human Rights Reporting, he added that journalist have however continued to risk it all to tell these stories even at the expense of their lives.

Ojokwu disclosed that over the past decades, reports have it that at least 554 journalists have been killed in the line of duty globally.UNESCO reported that 62 journalists were killed globally in 2020 while the global survey site,statistica,reports that 46 journalists were killed worldwide in 2021. According to the site, this was the lowest number since 2003,with a peak of 147 in 2012. These numbers are mind boggling.

“Media reports have it that about 10 Nigerian journalists have been killed in the last four years with the most recent being that of the late Vanguard reporter,Tordue Salem.”

He urged that journalists operating in the field of human rights deserve special commendation for daring to expose the activities of individuals and gangs who perpetrate heinous human rights crimes such as sexual and gender based violence, female genitial mutilation, torture, extra-judicial killings to mention but a few.

The Executive Secretary added that stories that needs detailed investigation and sustained reporting are left to fade off the media space due to the myriad of challenges preventing journalists from adequately discharging their responsibilities.

He urged media owners to live up to their obligations especially as they relate to prompt payment of salaries and ensure insurance cover for journalists especially given the nature of their job.

He assured that the commission will continue to work hand in hand with all stakeholders to ensure the monitoring, investigation and resolution of alleged cases of human rights violations in Nigeria. 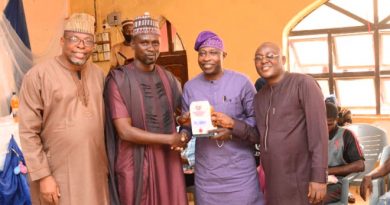 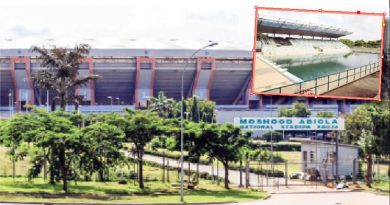 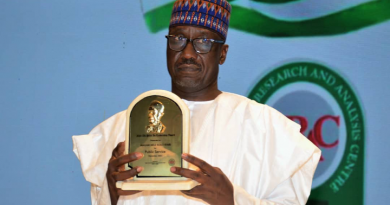