When the Cross River State Commander, CN. Mausel Kupi Bako took over the leadership of the State; he warned drug barons to relocate from the State as they will not be spared by offensive Action.
Offensive Action is the Chairman/Chief Executive Officer’s, Gen. MB Marwa’s mantra in ensuring that Nigeria is cleared of multifaceted drug problems of cultivation, production, trafficking and use.

A press release made available to News Dot Africa by ACN. KN Odili ASC, Media and Advocacy Strategy noted that on the 9th day of April 2022, officers of NDLEA backup by the Nigeria Army, Navy and NSCDC destroyed large expanse of land cultivated with cannabis sativa instead of crops that will help boost food for all initiative of Mr. President – Gen. Mahammadu Buhari (rtd).

Cross River State Command upon processing the Information was able to succeed based on synergy that exists between the security agencies; that contributed their personnel to backup the raid operation at Ewet Village in Akampka Local Government Area. The raid led to arrest of one young man in the farms.

Drug barons seized opportunity of communal crisis in some Local Government Areas in the State to perpetuate crime believing they are above the law.

According to interview granted by the State Commander, he stated and I quote, “I will smoke them out . Cross River is a destination paradise, no evil inhibits here”.

He used the opportunity to warn villages and towns notorious for taking side with drug dealers and attacking his operatives particularly Okosora and Nta- sele to have a rethink as it will not be business as usual.

He thanked the State government and Ikom Local Government Area for their support in the drug control.

Other stakeholders were called to come on board, the public to provide useful information that will smoke the barons out of the State. 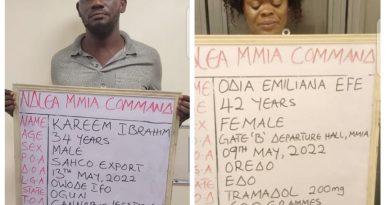 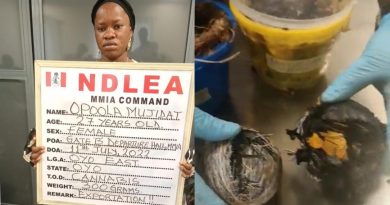 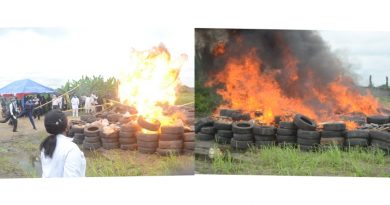