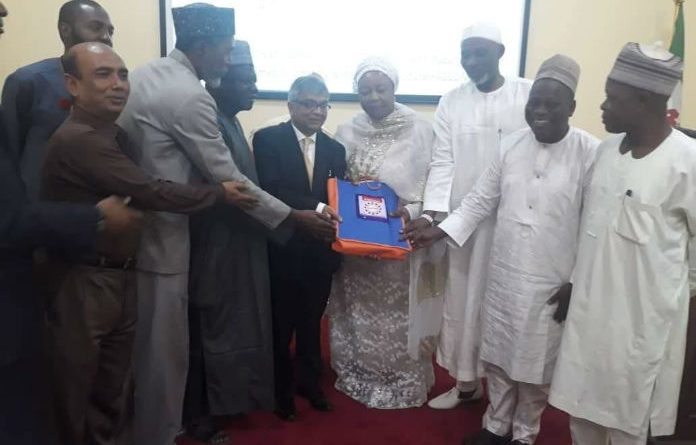 Mr. Md. Shameem Ahsan, Bangladesh High Commissioner to Nigeria and Dr. M.F. Dankaka, President of the Kaduna Chamber of Commerce, Industry, Mines and Agriculture (KADCCIMA), Nigeria made presentations during the session while business and investment experts had an interactive session.

In his welcome address, the Bangladesh High Commissioner to Nigeria, Md. Shameem Ahsan, thanked the participants and appreciated the Nigerian government for its support to him and his officials for the past 18 months of his stay in Nigeria. He assured members of the KADCCIMA of his support, stating that the seminar was one of the most eventful in his few years in office.

H E Shameem noted that Bangladesh and Nigeria are neighbouring countries with common ideas and similarities in population, sports and rice production, stating further that Bangladeshi population is estimated to be around 156million people—one of the fastest growing economy in south Asia with 7.86% GDP growth and is among the ten fastest growing economy in the world, third largest producers of vegetable, fourth largest producer of rice and third largest producer of inland fisheries in the world.

He recalled that under the leadership of Prime Minister Sheikh Hasina, the country’s economy has grown by 8.15%, “which is one of the highest in the world” and said that the Mission will continue initiatives in line with its economic diplomacy drive.

President of the Nigeria- Bangladesh Chambers of Commerce, Captain Hamidu Jaffeji who spoke on the need to explore avenues for cooperation between both countries, noted that bilateral relationship has existed between Nigeria and Bangladesh in the area of training of Nigerian armed forces long before now.

The Seminar had in attendance, officials of the High Commission, leaders of the Chambers of Commerce, delegates from Bangladesh, as well as Stakeholders who discussed and agreed on bilateral trade interests expected to boost trade relations between the two countries. 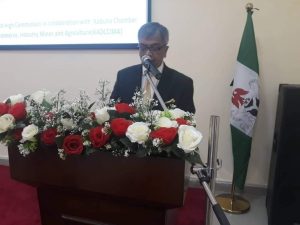 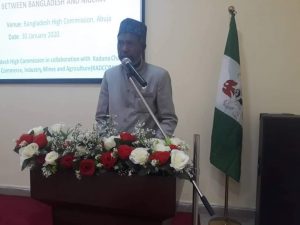 Also speaking, the KADCCIMA president, Dr. Mahudee Farida Dankaka, who appreciated the efforts of the Bangladesh high commission for her initiative in organising such trade and investment seminar, used the medium to invite the commission to their 4th annual Kaduna International Trade Fair coming up on February 28 to March 8, 2020.

Dr Dankaka, represented by Dr. Auta Elisha, the Vice Chairman on Economics and Statistics, said that KADCCIMA was established in 1973 with the objective to promote, protect and develop all matters affecting all businesses in the state.

He further stated that the present government of kaduna state is encouraging the ease of doing business which necessitated the establishment of Kaduna State investment promotion Agency (KADSIPA), adding that Kaduna State is the gate way to Northern Nigerian market, providing access to about 90 million customers.

“The Chambers was a great child of the alumni of National Defense college Bangladesh which has trained well over 200 Nigerian officers in the areas of National defence course”, he noted

He hailed the High Commissioner, and the Head of Chancery, Mr Mohammad Ekramul Hoque, for their support to the Chambers, and assured that the Nigeria–Bangladesh Chambers of Commerce, is a platform that will bring business men in both countries together, maintaining that it is such high level of cooperation and recommendations that will enable them make progress.

In reacting to the contributions made by participants, Mr. Ahsan reiterated his objective to collaborate and stretch out his hands to every individual and organizations ready to partner with them and to also create more awareness in portraying the image of Bangladesh High Commission in Nigeria.

The guests were taken for a short tour to the High Commission’s Commercial Display Room and they were impressed with the wide collection of exportable of Bangladesh.

The event was followed by a lunch with traditional Bangladeshi cuisine. 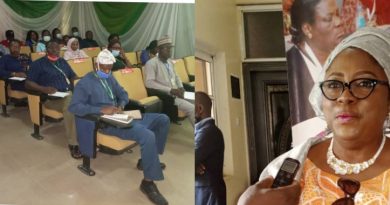 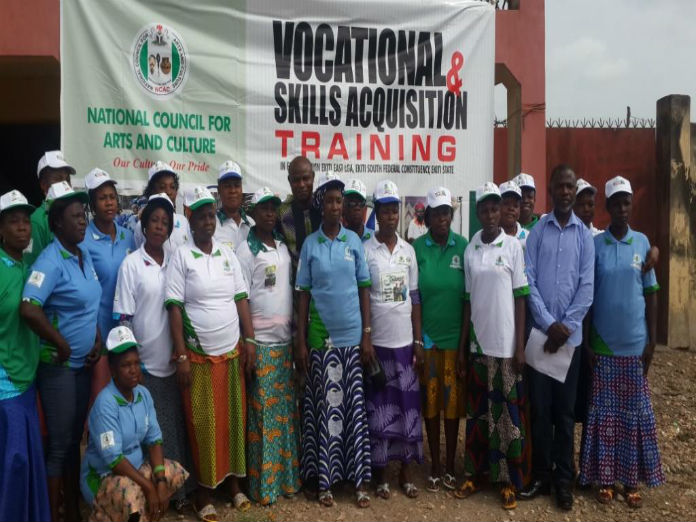 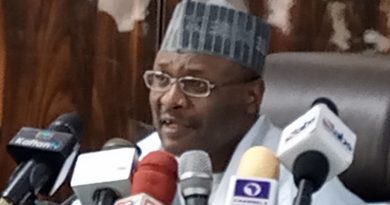