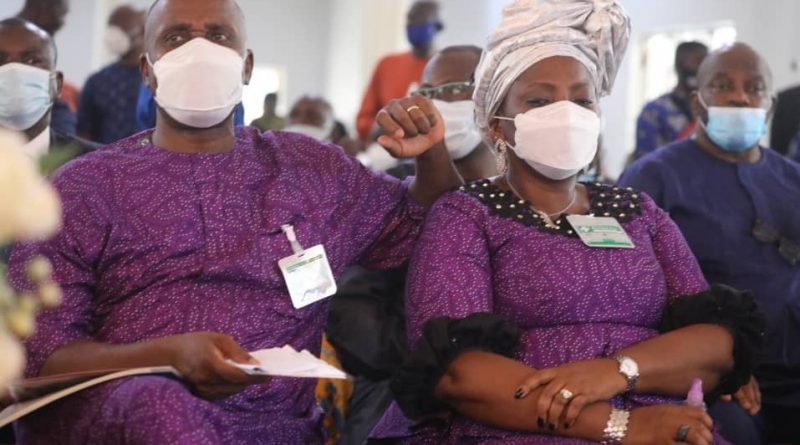 Former Governor of Rivers State and Minister of Transportation, Rt.Hon. Chibuike Rotimi Amaechi says the demise of his elder brother, Oha Charles Amaechi who was laid to rest in his country home, Ubima on Saturday, has left a huge family responsibility on him as it would be difficult to combine both family and official responsibilities.

Speaking at a church service organized for the deceased at the St.Thereaser Catholic Church Ubima, Amaechi said,

” He has left us with a huge responsibility that I never imagined would be so soon to confront and a challenge that I lack the capacity to discharge. Chikamkpa, Lemchi, Obinna, Judith and I will find it difficult to come to terms with his death. We can only pray that Dede rest in the bossom of the Lord. 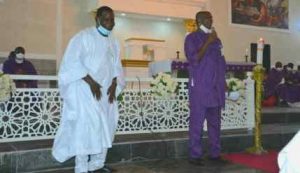 Amaechi said, ” Dede, as he was widely known, was generous to a fault. Dede was a name given to him by me in reverence to his ubiquitous care and fatherly role in our lives. He was everything to everybody and was full of life, he related with both the young and the old and got all his children educated.

He protected all of us from the vagaries of the Nigerian society. He contributed to the payment of my school fees and ensured that we were not fatherless at the death of our father as he assumed the responsibilities of the family. He made my younger siblings complete their education and got them engaged in their different spheres of responsibilities”, he said.

In his remarks, Plateau state Governor, Simon Lalong who represented both the Nigerian Governors Forum and the Northern Governors Forum(NGF) said, the late Charles Amaechi lived a good life worthy of emulation.

“The late, Sir, Charles Amaechi has done a good work because it is not easy to be a Knight, ours is to emulate him and his contributions to the church of Christ. I am here to represent the Chairman Nigeria Governors Forum, the person of Gov. Kayode Fayemi and also the Northern Governors Forum, which I’m the Chairman, to extend our condolences to Chibuike Rotimi Amaechi for this great loss”,he said.

Lalong, however, donated a 32 seater bus on behalf of the Plateau state government to the church as a mark of remembrance for the good deeds of the deceased. 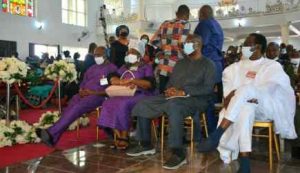 ” Plateau State donates a 32 seater bus in love to the church, in Charles Amaechi’s name so that he will be remembered for what he has done,” he said.

In her condolence message addressed to her colleague, Chibuike Rotimi Amaechi, Minister of State,Transportation, Sen. Gbemisola Saraki, said the deceased lived a worthy life bequeathed with legacies for which he would be fondly remembered.

“I wish to join you to offer gratitude to God for the life he lived and I urge you to continue to uphold his guiding values as a tribute to his loving memory”,she said.

Also, Chairman of the All Progressive Congress ( APC) in Rivers State, Isaac Ogbobula, Esq described the deceased as a perfect gentleman and a devout Christian of the Roman Catholic faith and a Knight of St. Mulumba.

“He was a committed and dependable party leader and regularly offered valuable and stabilising advice on burning political issues. Dede never lost hope in the APC but was always looking towards the brighter side of things for the party”,he said. 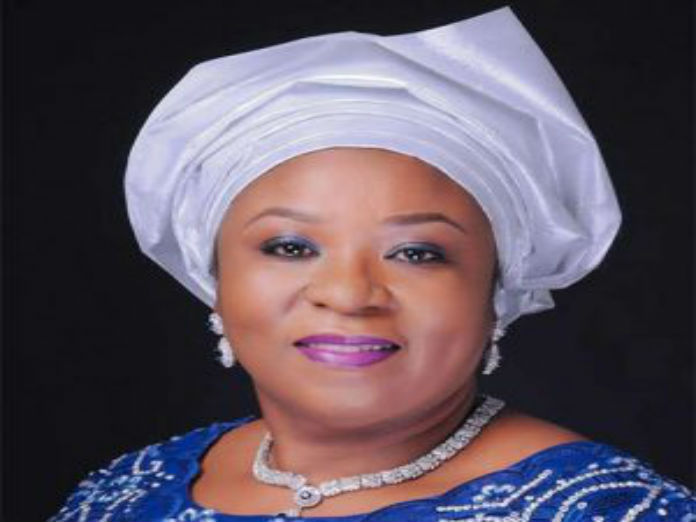 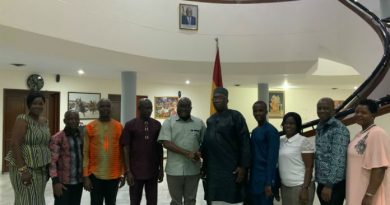 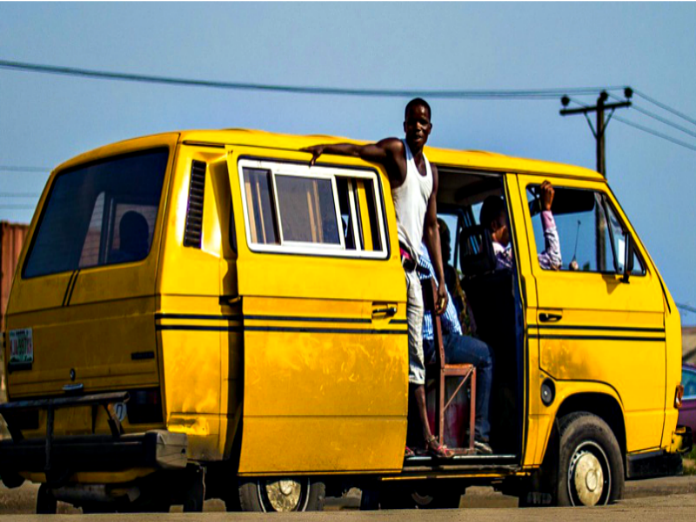