The the management of the Nigerian Correctional Service (NCoS), has denied that a publication credited to one Chijioke Ifediora, said to be the leader of Rights Lawyers in Anambra State, in one of the dailies titled: Lawyers Raise the Alarm Over Female Inmate who gave birth in 2008″.

According to the DSC Frank Ekezie, tge
Public Relations Officer, Anambra State State Command of NCoS, the publication, alleged that one Mrs. Onyekachi Orji was incarcerated sometime in 2008 with pregnancy and that she later delivered a baby while in custody. It was also stated that both mother and child are still in custody 12 years down the line.

“This story is not only untrue but can best be said to be a figment of the author’s imagination.

“To put the records straight, the lady in question, Mrs. Onyekachi Orji was remanded in the custody of the Nigerian Correctional Service on 6th March, 2009 by a court of competent jurisdiction. She was neither pregnant nor nursing any baby at the time of admission into the facility and has never been pregnant.

He noted that impediments to speedy trial of cases include inability of some inmates to afford cost of legal representation. Therefore, if Mr. Chijioke is altruistic in assisting the said inmates and indeed others in custody, he can offer pro bono services to facilitate their release.

He said the State Controller, Emmanuel Ekemezie Esq. has reassured members of the public that the interest of persons committed to the custody of the NCoS in the Command remains a priority and the course will be pursued with fervour. 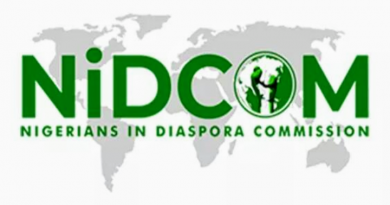