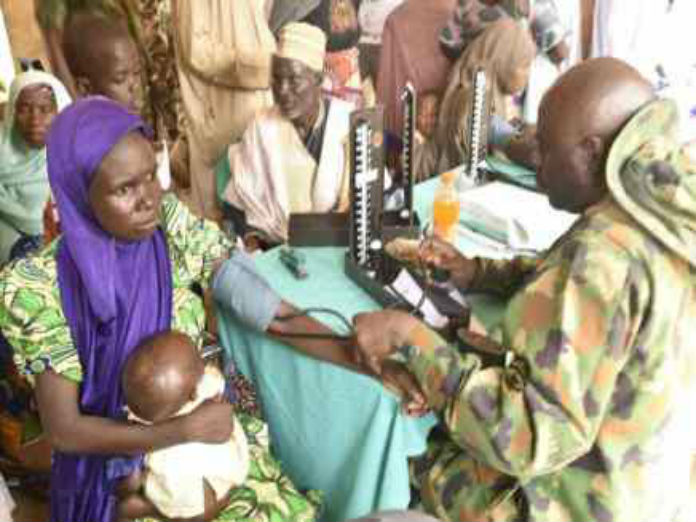 HEALTH NEWS Security
July 31, 2019 news-admin 0 Comments
The Nigerian Air Force (NAF) has commenced a 3-day medical outreach in Kanoma Community in Maru Local Government Area (LGA) of Zamfara State.
The medical intervention, which began Tuesday, July 30, 2019, is designed to bring succour to villagers who were displaced by the activities of armed bandits prior to the commencement of the ongoing dialogue between the Zamfara State Government and the bandits.
The Humanitarian initiative is in furtherance of the directive by the Chief of the Air Staff (CAS), Air Marshal Sadique Abubakar, for the NAF Medical Services Branch to provide immediate medical assistance to residents of Kanoma and adjoining communities in Maru LGA, a statement by the NAF Spokesman, Air Commodore Ibikunle Daramola reads.
While flagging off the medical outreach, the Representative of the Executive Governor of Zamfara State, the Secretary to the State Government, Bala Bello Moru, appreciated the NAF for the kind gesture in assuaging the plight of the people.
He stated that the Zamfara State Government was happy with the initiative, noting that, as part of the ongoing negotiation with the armed bandits, more than 200 persons in the hands of the bandits had been released while efforts were ongoing to secure the release of the remaining captives.
Speaking during the flag-off ceremony, the leader of the NAF Medical Team and Director of Public Health and Humanitarian Services, Headquarters NAF, Group Captain Ali Tanko, explained that the Team would remain in the area to provide medical services to about 3,000 patients, while those requiring basic surgeries would be operated upon.
According to him, the medical outreach would also provide free medical consultations, laboratory tests, free drugs, as well as insecticide-treated mosquito nets to pregnant women, visual acuity checks, de-worming of children and distribution of prescription eye glasses to about 1,000 persons from the benefiting communities.
The first day of the medical outreach witnessed a large turnout of villagers who were treated for different medical conditions. The beneficiaries, who were visibly elated by the gesture, expressed appreciation to the NAF for the services provided by the Medical Team.
Also present at the flag-off ceremony were the Permanent Secretary, Zamfara State Ministry of Health, Commander 207 NAF Quick Response Group (207 QRG) Gusau, Chairman of Maru LGA and Village Head of Kanoma, amongst others.
It would be recalled that, the Executive Governor of Zamfara State, Doctor Bello Matawale, recently visited the CAS to commend him for the role played by the NAF in helping to force the armed bandits terrorizing innocent people to the negotiating table.
During the visit, the Governor had also requested for more assistance in the area of provision of healthcare services to help alleviate the shortfall in amenities caused by many months of banditry.
Source: The Sight 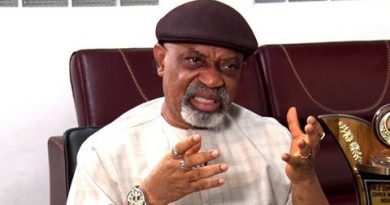 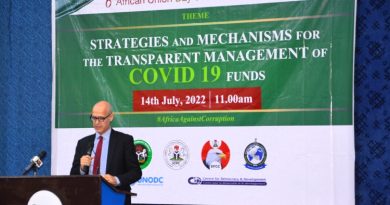