The National Assembly has promised to introduce electronic parliament or E-Parliament in the year, 2021 to meet ywith international global best practices.

According to Mr. Amos, the management has made frantic efforts to make the working environment for legislative business to be comfortable and conducive by introducing the e- parliament/digitalization and provision of ICT materials which are already being given top most priority.

One of such plan of action is to drastically reduce the amount of papers moving about within the system. We will introduce e-hansard in the first quarter of 2021, to ease parliamentary briefing in the National Assembly. It is a process of verbatim reportage of the proceedings in plenary sessions using modern technology to the fullest.
Another name for this initiative is e-governance in action, which according to him, will be very convenient for Legislators and watchers of the National Assembly in Nigeria and everywhere.

He noted that, what is being recorded at the retreat is a watershed which will impact positively on the workings of Parliamentary democracy in Nigeria positively.

“Viewing this retreat as a forum for solemn and sober reflection of the past, present and future profile of all organs and departments that constitute the entire National Assembly. The event will be historical in the sense that some of the most critical components needed for the survival and sustainable development of the National Assembly and Parliamentary democracy would be tabled for discussion in this retreat”.

“The capacity development of staff has been a constant push on our dash board, believing that parliamentary democracy is meaningless without adequate training and re-training of relevant staff”.

“Believing absolutely that we can never deliver on our constitutional mandate in an atmosphere of rancor and hostilities, we have deliberately pursued and still hungry to further cement the current harmonious relationship we have with the political leadership of the National Assembly, the National Assembly Service Commission (NASC), Chairman/members and members of the management staff”, he added . 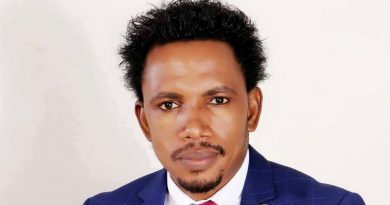 SENATOR ABBO WALKS OUT OF PDP 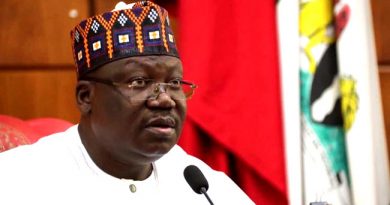