Admonition to the media to constantly hold as sacrosanct its constitutional obligation to hold government accountable to the people was the dominant issue at the just concluded 8th conference of the Association of Communication Scholars and Professionals of Nigeria (ACSPN), in Port-Harcourt.

This is contained in a press release signed by Lanre Arogundade, PRO, ACSPN,

Guest Speakers at the opening ceremony, panelists and discussants at the conference held in the Faculty of Law of Rivers State University on September 1st and 2nd, 2021 including the Vice Chancellor, Prof. Nlerum Sunday Okogbule, the chief host; Dr. Jossy Nkwocha, group head of Corporate Communications at Indorama Eleme Petrochemicals and Fertiliser Ltd, Port Harcourt, the keynote speaker and the President of ACSPN and Vice Chancellor of the Federal University, Kashere, Gombe State, Prof. Umaru Pate unanimously submitted that the media should not shirk its constitutional responsibility so as not to endanger democracy.

Their views were echoed in the communique (see the attached) of the conference signed by the General Secretary and Vice Chancellor of Caleb University, Prof. Nosa Owens-Ibie.

In line with the theme of the conference: ‘Media and Citizens Participation in Governance for Accountability and Peace in the Society’, Prof. Okogbule said the media should ensure that elected leaders abide with the provision of chapter 2 of the constitution, which defines the primary purpose of government as the promotion of the security and well-being of the people.

He bemoaned the cost of governance of Nigeria and urged the media to embrace advocacy for the reduction so that money could be freed for developmental purposes.

On his part, the Rivers State Commissioner for Information, Mr. Paulinus Nsirim, urged the media to focus on how the absence of positive values in national life has eroded development in all spheres.

Mr. Nsirim advised the media to promote the philosophy of leaving a positive legacy to avoid jeopardizing the future of the next generation.

Dr. Nkwocha, a reputation management and communications specialist, urged journalists across the country to uphold the roles assigned to them in the 1999 comstitution of the Federal Republic of Nigeria to engender sustainable peace and unity in the country.

Speaking on: The Role of the Mass Media in Accountable Governance and Sustainable Peace in Society’ Dr. Nkwocha reminded the audience of the provisions of section 22 that state: “The press, radio television and other agencies of the mass media shall at all times be free to uphold the fundamental objectives contained in this chapter and uphold the responsibility and accountability of the Government to the people.”

On the basis of this, he said some of the fundamental objectives that the mass media should uphold include the provision of section 23 which states that the national ethics shall be “discipline, integrity, dignity of labour, social justice, religious tolerance, self-reliance and patriotism”.

He equally mentioned section 14, sub-section 3, which states that, “The composition of Government of the Federation or any of its agencies and the conduct of its affairs shall be carried out in such a manner as to reflect the federal character of Nigeria and the need to promote national unity, and also to command national loyalty, thereby ensuring that there shall be no predominance of persons from a few states or from a few ethnic or other sectional groups in the Government or in any of its agencies”.

According to Dr. Nkwocha journalists should be courageous enough to draw government attention to the fundamental objectives to reduce agitations of marginalisation and enhance peace in the country. He therefore enjoined the ACSPN and UNESCO to organise workshops or seminars for journalists on.crisis reporting and peace building reporting skills.

President of ACSPN, Prof Umaru Pate, said while the constitutional role of the media to hold government accountable was not in doubt factors militating against the effective performance such as the issues of poor funding, competition from social media, safety of journalists and decline in media credibility, among others, should be urgently addressed.

The communique put forward a 14-point resolution and recommendation that ACSPN believes would enhance the capacity of the media to promote democracy, peace and development. These are that:

· Media organisations should explore new business models to address the challenges of funding;

· Journalists should advocate for media development fund that should support media organisations;

· Journalists should advocate for bailout support for the media as is the case with other sectors, especially in difficult times, such as the pandemic or recession;

· Media organisations should collaborate and engage stakeholders for necessary support;

· Citizens need to go back to the value system and own up and not blame government for every societal problem;

· Media literacy should be encouraged and funded by the government and other funding bodies to ensure that citizens understand ways to engage the media more appropriately;

· Journalists should uphold and promote professional ethics to ensure adherence and credibility in the media;

· Women should be more proactive in engaging with the media by exploring available avenues, such as media phone in programmes, new media platforms, films, among others, to tell their stories;

· Media organisations should focus on training and retraining of journalists to enable them update skills and knowledge on current issues;

· Journalists’ safety should be taken more seriously by media organisations which should ensure robust insurance schemes and hazard provisions for journalists;

· Media organisations should ensure that the welfare of journalists is taken seriously to ensure that they effectively carry out their roles without compromise;

· Media should constantly remind citizens of their obligation to uphold societal values;

· Journalists should fully harness the benefits of Freedom of Information Act to hold government accountable; and

· Media organisations should ensure easy access to the media for their audience, to enhance their participation in governance through the media. 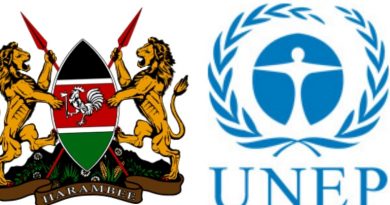 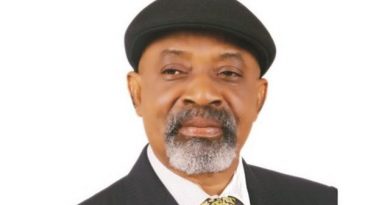 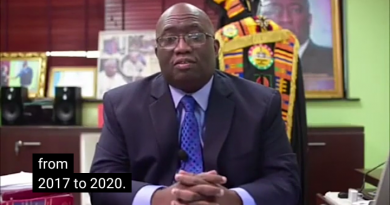